The international RIU chain was founded in Mallorca by the Riu family in 1953 as a small holiday firm and is still owned by the family's third generation. The company specialises in holiday resorts and over 70% of its establishments offer its acclaimed All Inclusive by RIU service. With the inauguration of its first city hotel in 2010, RIU is expanding its range of products with its own line of city hotels called Riu Plaza. RIU Hotels & Resorts now has 100 hotels in 20 countries. In 2020, the chain welcomed 2,3 million guests and provided jobs for a total of 24,425 employees. RIU is currently the world's 32nd ranked chain, one of the Caribbean's most popular, the third largest in Spain in terms of revenue and the fourth largest in number of rooms.

Carmen Riu and Luis Riu took on the roles of CEO in 1998; positions they still hold today. They direct the company together, complementing one another and each contributing their skills to the company.

Who is Carmen Riu?

Carmen Riu Güell is the owner of the RIU Hotels & Resorts chain, together with her brother, Luis Riu Güell. She was born in Palma de Mallorca in 1955. She is married with three children. She has a degree in business administration from the University of Barcelona and undertook postgraduate studies in human resources and finance at the IE Business School in Madrid. Carmen Riu has a strong track record in the family company: 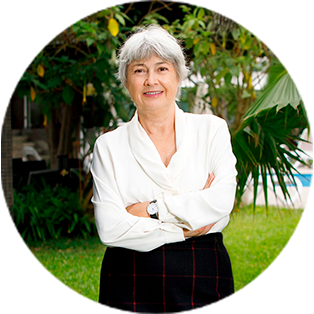 Who is Luis Riu?

Luis Riu Güell is the owner of the RIU Hotels & Resorts chain, together with his sister, Carmen Riu Güell. He was born in Palma de Mallorca in 1960. He is married with three children. He has a degree in business administration from the University of Barcelona and has always had a clear passion for hospitality. He has wide experience in the Riu family chain:

Luis Riu is also the person behind the great team of people that forms RIU Hotels & Resorts. His instinct and passion have been key to many of the projects that the chain has carried out. 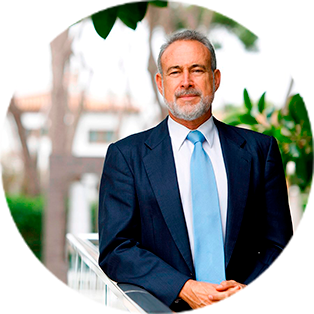 Opening of the first hotel

In November 1953, Juan Riu Masmitja and his wife Maria Bertran Espigule acquired, with their son Luis Riu Bertran, the San Francisco hotel, a small 80-bed establishment located in Playa de Palma (Mallorca, Spain). This was to be the first hotel of many in the future of the international hotel chain. The 60s saw a real tourist boom in the Balearic Islands, which Luis Riu Bertran actively contributed to through his partnership with the German tour operator, Dr. Tigges (known as TUI since 1968). Following the consolidation of charter operations between Germany and Mallorca in the summer months, Luis Riu went one step further in strengthening the development of tourism in the Balearic Islands, by also promoting Mallorca as a winter destination. During the 60s and 70s, the company underwent significant expansion in the Balearic Islands, consolidating its business partnerships all the while. In 1976, Riu Hotels S.A. was established along with TUI (Touristik Union International) in order to build new hotels.

First hotel outside the balearic Islands

In the 80s, RIU began to expand into other destinations. Its first hotel outside the Balearic Islands opened in 1985, on the island of Gran Canaria. The Riu Palmeras at that time gave a hint of the successful initiative it was to become, as today the Canary Islands are one of RIU’s main destinations, with over 20 hotels located there.

With the 1990s came the opening of RIU’s first international hotel. The Riu Taino began to welcome its first guests in November 1991 in Punta Cana, in the Dominican Republic. This was the first step in RIU Hotels’ impressive growth in America, where it currently has over 30 hotels. The partnership with TUI was strengthened even further in 1993, with the creation of the company RIUSA II SA, with TUI and RIU each owning 50%, which operates the RIU line of hotels.

Following the death of Luis Riu Bertran, his children Carmen and Luis Riu, the third generation of the family, took on the post of managing directors of the chain, a position they continue to hold today.

During the 1990s and the first decade of the 2000s, RIU underwent great expansion in countries like Mexico, Dominican Republic, Jamaica, Aruba, Bahamas, Cape Verde, Costa Rica, Morocco, and Tunisia. After 56 years specialising in holiday accommodations, in 2010 RIU Hotels & Resort embarked on one of its greatest challenges as a company: the launch of its Riu Plaza urban brand. In September 2010, the Riu Plaza Panama opened its doors in Panama City; it was the first RIU hotel in the country and the first of RIU’s city hotels. The company’s commitment to this new line of business has rapidly consolidated and today RIU has urban hotels in major cities of Europe and America.

Great challenges for 2016: First hotels in New York and Asia

In 2016 the most emblematic project of the Riu Plaza line materialised: the opening of the first RIU hotel in New York City, the Riu Plaza New York Times Square, located in the heart of Manhattan. Internationalisation has been a key to RIU's success over the past 25 years, and will continue to be true thanks to the company's new challenge: Asia. When RIU opened its first hotel in Sri Lanka in 2016, it exported to Asia the business model for vacation hotels that it brought to the Americas in the ’90s with its first hotel in the Dominican Republic. The hotel chain is continuing to implement major projects on the continent, such as the 2019 launch of the Riu Palace Maldivas hotels with 176 rooms and the Riu Atoll Classic with 264 rooms, both in the Maldives, and its plan to open Dubai’s first 24-hour all-inclusive resort in 2020, together with its partner Nakheel.