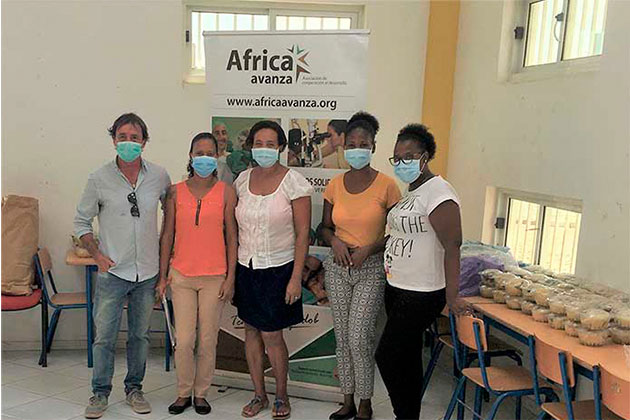 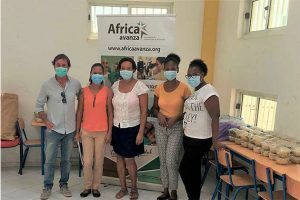 The NGO África Avanza and RIU Hotels have joined forces to launch the “Charitable Meals” campaign on the island of Sal, Cape Verde. This initiative offers a complete menu of food to families with children who are in a vulnerable situation, to meet their basic needs for a month. The aim of this project is to help families that are suffering the serious economic consequences of COVID19 on the islands, caused largely by the lack of tourism which, today, is a major driver of the archipelago’s economy.

The “Charitable Meals” campaign started on 7 October and is being delivered to families selected according to various official socioeconomic criteria and always following a prior meeting with a representative of each family unit. All the meals are prepared following safety and hygiene rules and they consist of packaged traditional Cape Verdean dishes made with healthy, local ingredients, as well as bread and fruit.

At present, the meals are being successfully distributed at the África 70 community centre in Espargos, which has been provided for this activity by the Municipal Chamber of Sal, and at the end of the month it will continue with deliveries in the city of Santa Maria. According to data collected by África Avanza, in just one week the initiative has benefitted 131 families made up of 1,120 people.

Although the current situation has forced África Avanza’s team of doctors to suspend their usual medical cooperation, one of the heads of the NGO, Gonzalo Álvarez, says they continue to have “a strong commitment to Cape Verde through the ‘Charitable Meals’ campaign, through which we aim to help families on the island of Sal who are going through difficulties at the moment, especially mothers with children. We thank RIU Group for the support they have given to the development of this new cooperation programme. We would like other organisations to collaborate with this project in order to expand its action.”

On behalf of RIU Hotels, the director of the Corporate Social Responsibility area, Catalina Alemany, has reiterated its commitment to África Avanza, with whom it has worked for seven years, and sincerely thanks the NGO for “its great work helping the most vulnerable communities of Cape Verde.” Likewise, RIU is grateful for the support of the Municipal Chamber of Sal, which has provided the venue for distributing the meals, and Barracuda restaurant, responsible for cooking the charitable meals.