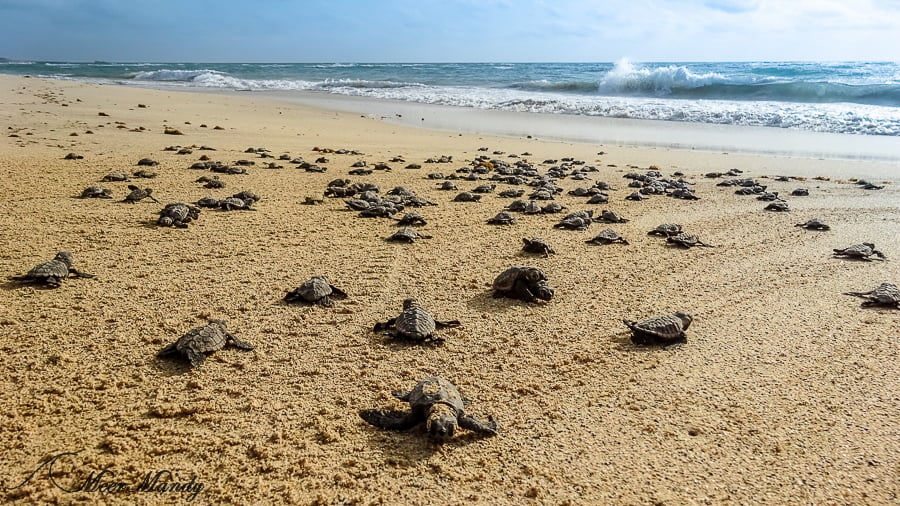 February 2022. Projeto Biodiversidade and Bios. CV, two environmental conservation NGOs from Cape Verde, registered a new record number of loggerhead sea turtle (Caretta caretta) nests in this country in 2021. A total of 209,814 nests was recorded on the islands of Sal and Boa Vista, where 75% of the archipelago’s turtles nest. This represents an increase of almost 2,000 compared to the previous year 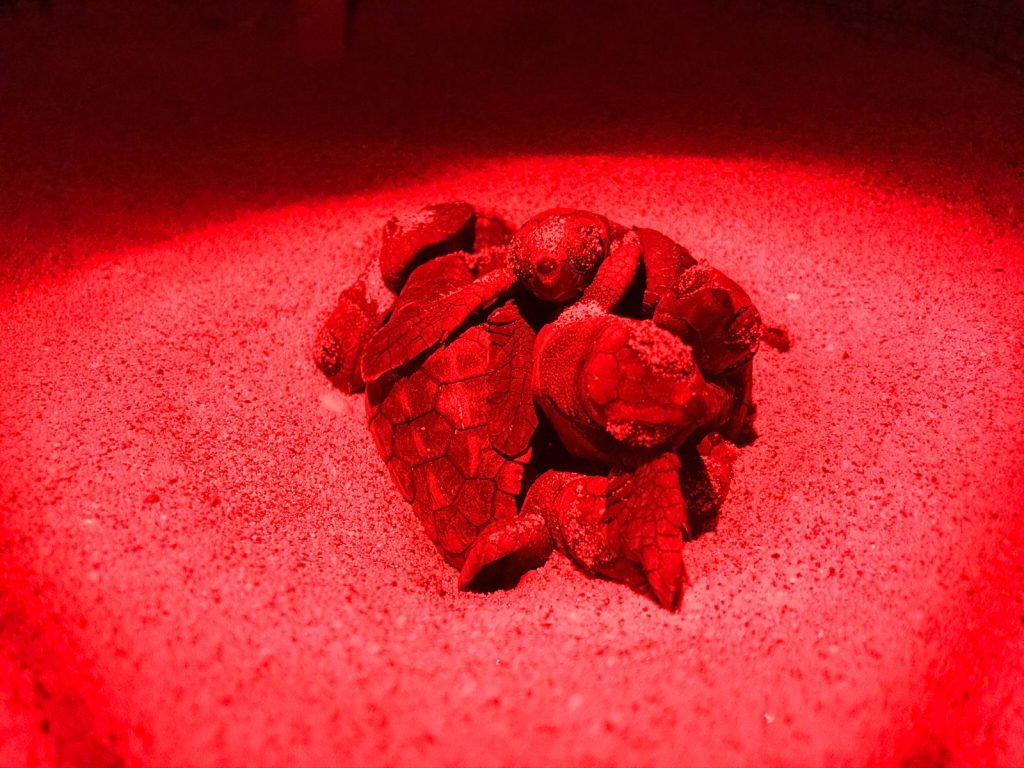 Thanks to the conservation work carried out by both NGOs and the collaboration of private entities, one of which is RIU, the population of this species, which is classified as Vulnerable by the International Union for Conservation of Nature (IUCN), has risen in recent years. In addition, the reproductive population of Cape Verde has become one of the most important in the world alongside Florida. 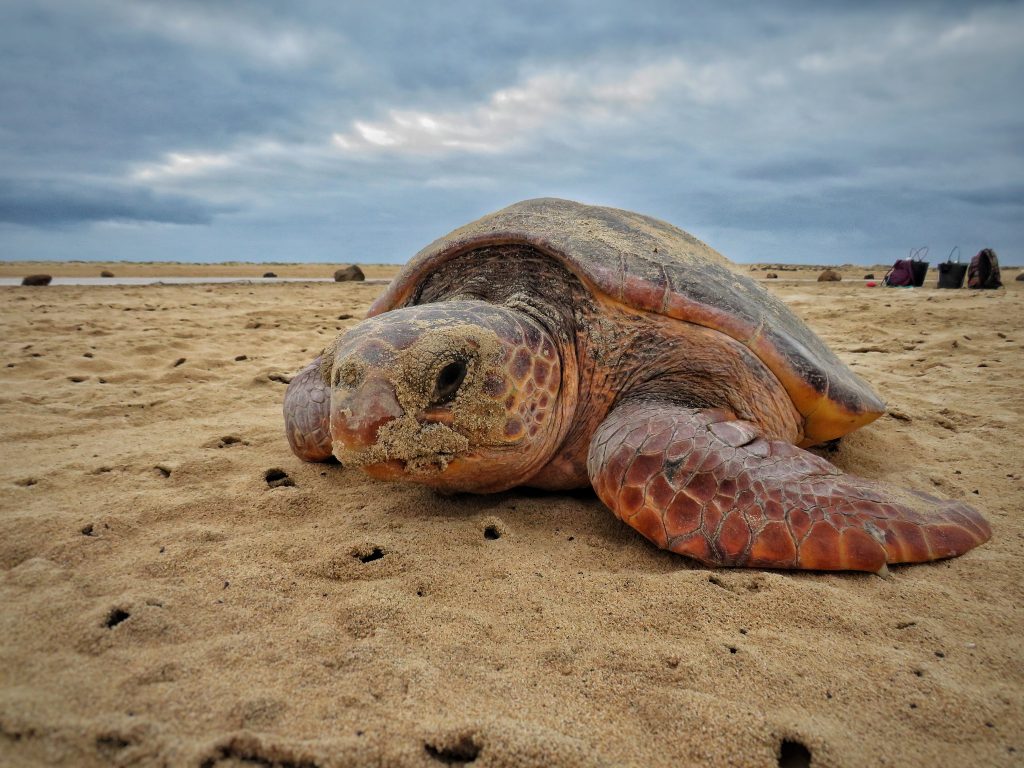 Last season, which ran from May to November, was the fourth in a row to see record spawning levels in the archipelago, with 156,316 nests being recorded on Boa Vista, 33,496 of which were located on beaches protected by Bios.CV in the area of the Reserva Natural das Tartarugas. These data represent a 1000% increase compared to figures reported for the same area in 2016. Projeto Biodiversidade recorded 53,498 nests on all the beaches of Sal.

On Sal, Projecto Bioversidade covered 30.4 kilometres of the island’s perimeter with the help of night-vision cameras, drones and traditional patrols to monitor 4,722 adults and rescue 269 turtles. What’s more, 440 hunted turtles were detected, the majority on small beaches without regular protection, and 47 of these were saved from poachers. Along five kilometres of beach in João Barrosa, Boa Vista, Bios. CV monitored 8,431 turtles while they were nesting, rescued 132 adult females and did not register any hunted turtles. 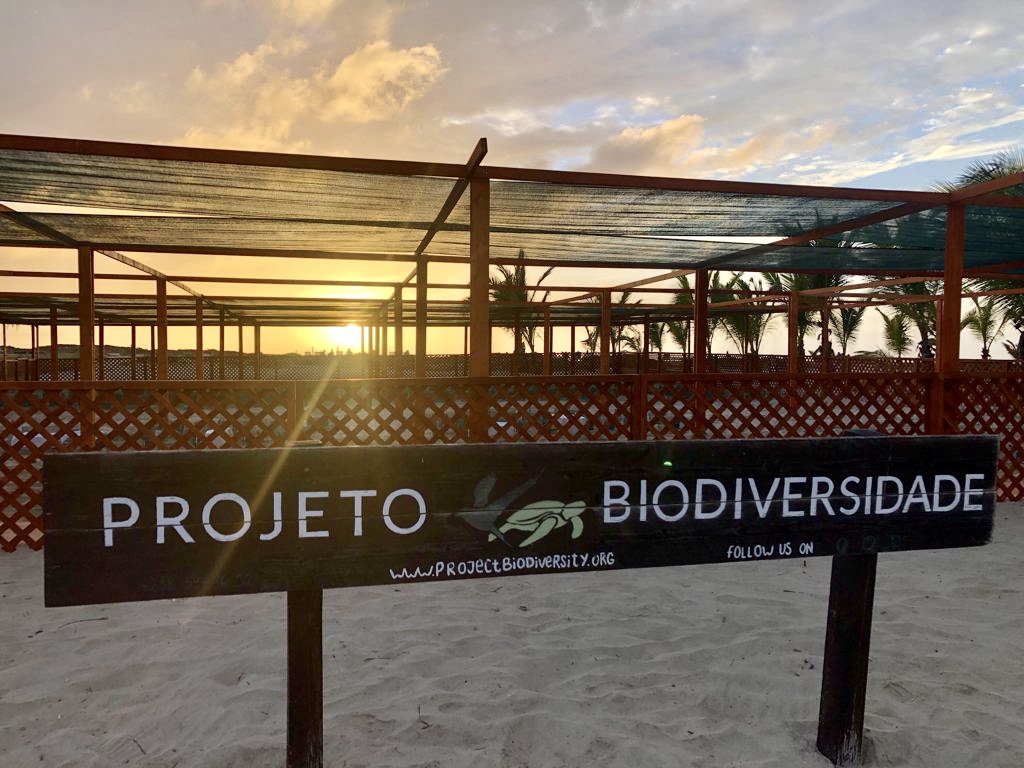 The importance of turtle hatcheries

Nests that are at risk due to flooding or predators are relocated to monitored hatcheries to protect the eggs. Another important milestone in the protection of this turtle species was the number of nests that these NGOs from Cape Verde protected in hatcheries, reaching a total of 4,342. Bios.CV managed to release 66,679 turtle hatchlings from a total of 1,135 nests on Boa Vista, while on Sal, Projeto Biodiversidade released 151,758 hatchlings from 3,207 nests. Only 1 out of every 1,000 of these hatchlings, which are protected until they enter the sea, is thought to reach adult age. 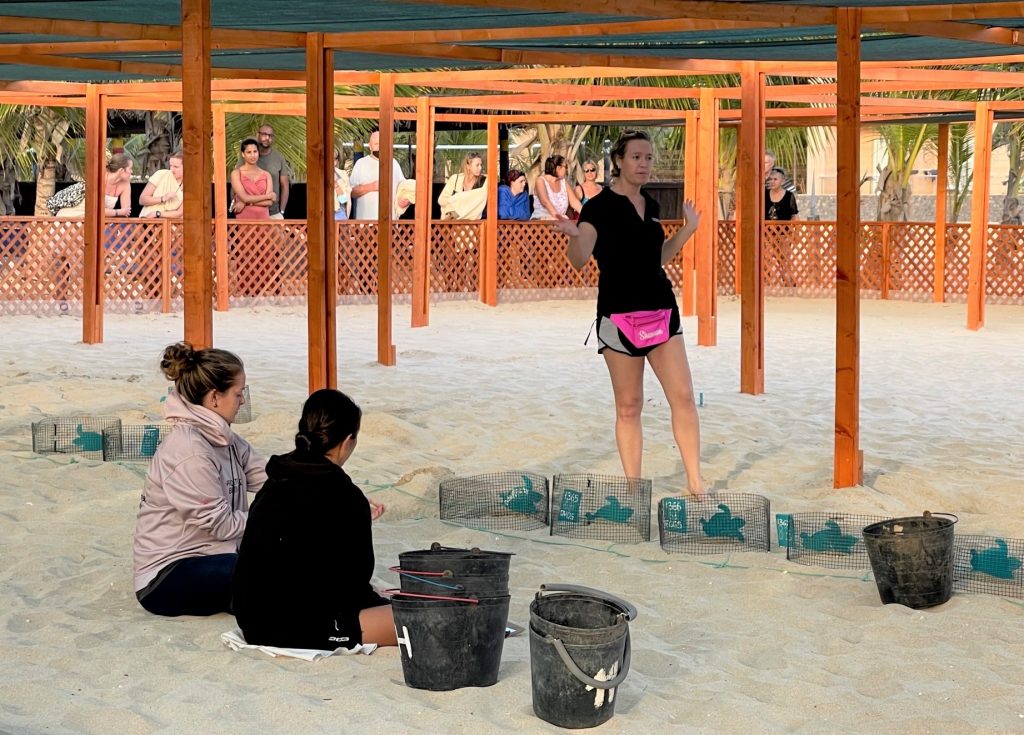 At Projeto Biodiversidade’s largest hatchery on Sal, located on the same beach as RIU’s hotels on this island, 110 public digs were carried out for guests who could name and adopt turtle babies, thereby helping conserve the species with donations. Hotels in this area have no outdoor lighting so they do not disorientate the turtles and the hatcheries are monitored by volunteers from the NGO and hotel staff.

The impact of climate change

As stated by sources from Projeto Biodiversidade and Bios.CV, the fruits of these conservation actions are being reaped on Cape Verde, although experts are calling for caution in the face of these record figures. It is possible that this increase is not solely due to the work carried out by local NGOs to conserve the species and protect nests; but also to other as yet unknown factors, some of which may be related to climate change. In this sense, the environmental NGOs believe that support from the authorities and the private sector is key, so that they invest more resources in protecting coastal ecosystems, especially beaches and dunes, on flat islands like Sal and Boa Vista. 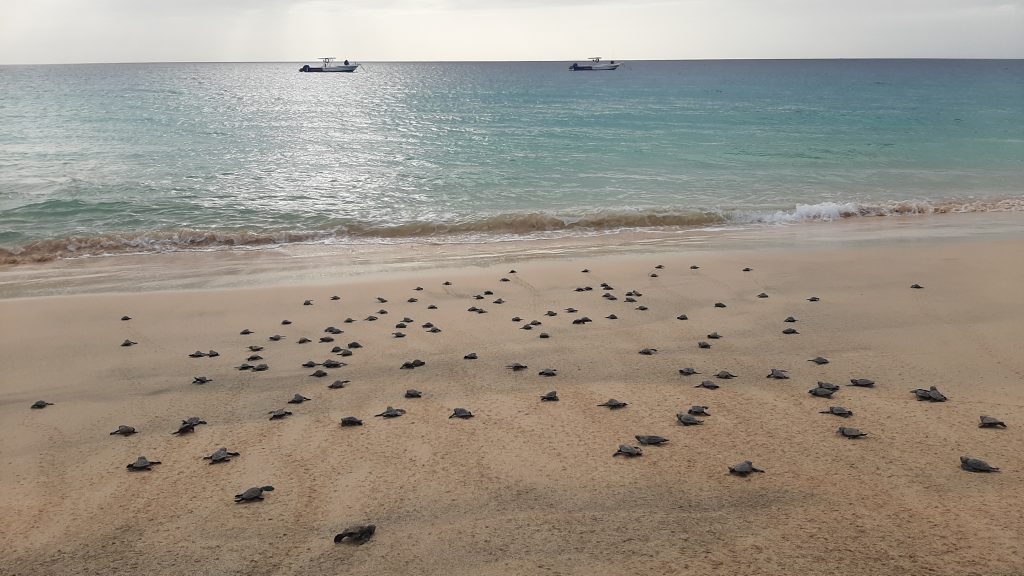 Besides maintaining the hatcheries, RIU Hotels finances the structural expenses of the NGOs and collaborates in supporting the volunteers, as well as in other environmental activities with tour operators and customers. The hotels also comply with NGO recommendations so as not to alter the species’ environmental habitat.