The correct implementation of social and environmental actions by the tourism sector in general and the hotelier in particular, is essential to add value to our society. At RIU Hotels & Resorts we work on projects related to childhood, the local community and biodiversity in most of the tourist destinations where we operate and we continually seek synergies with local organizations to generate benefits in their communities. On the other hand, we closely work in joint actions with local, national and international non-government organizations and with the help of our team at the destination, we give continuity to their support to emergencies related with health and poverty, among other social problems. 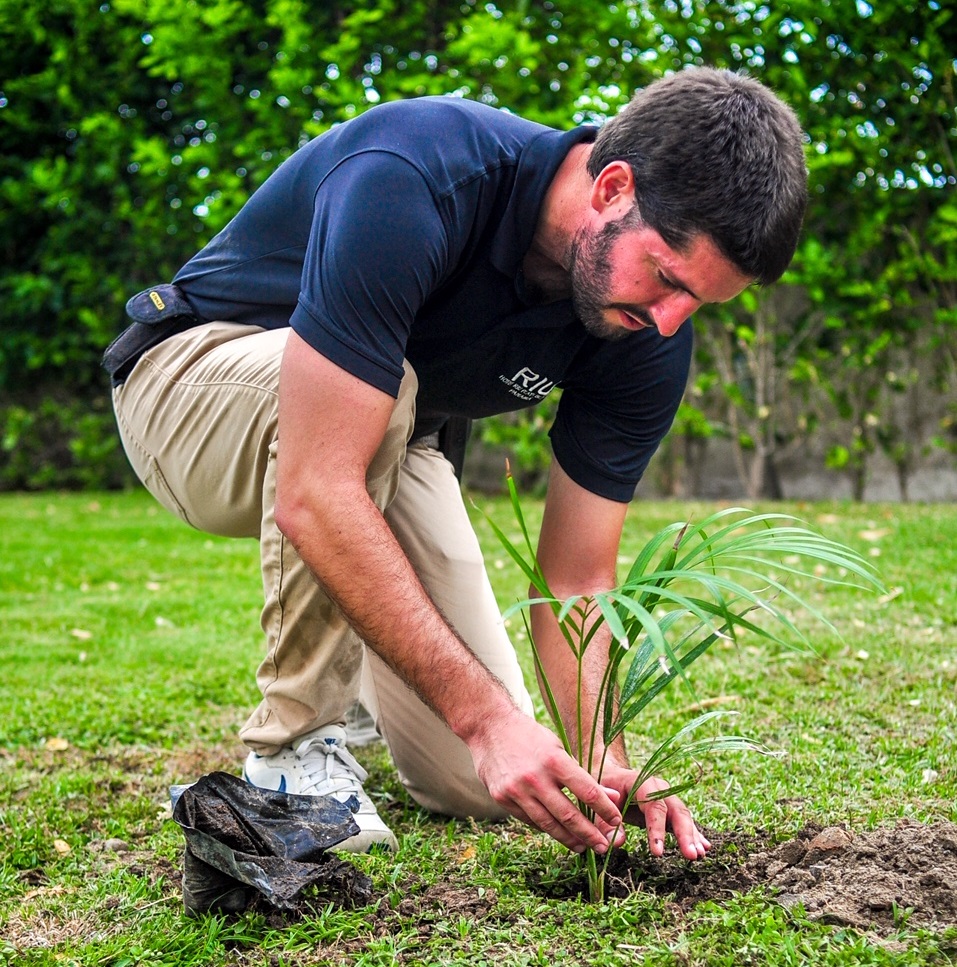 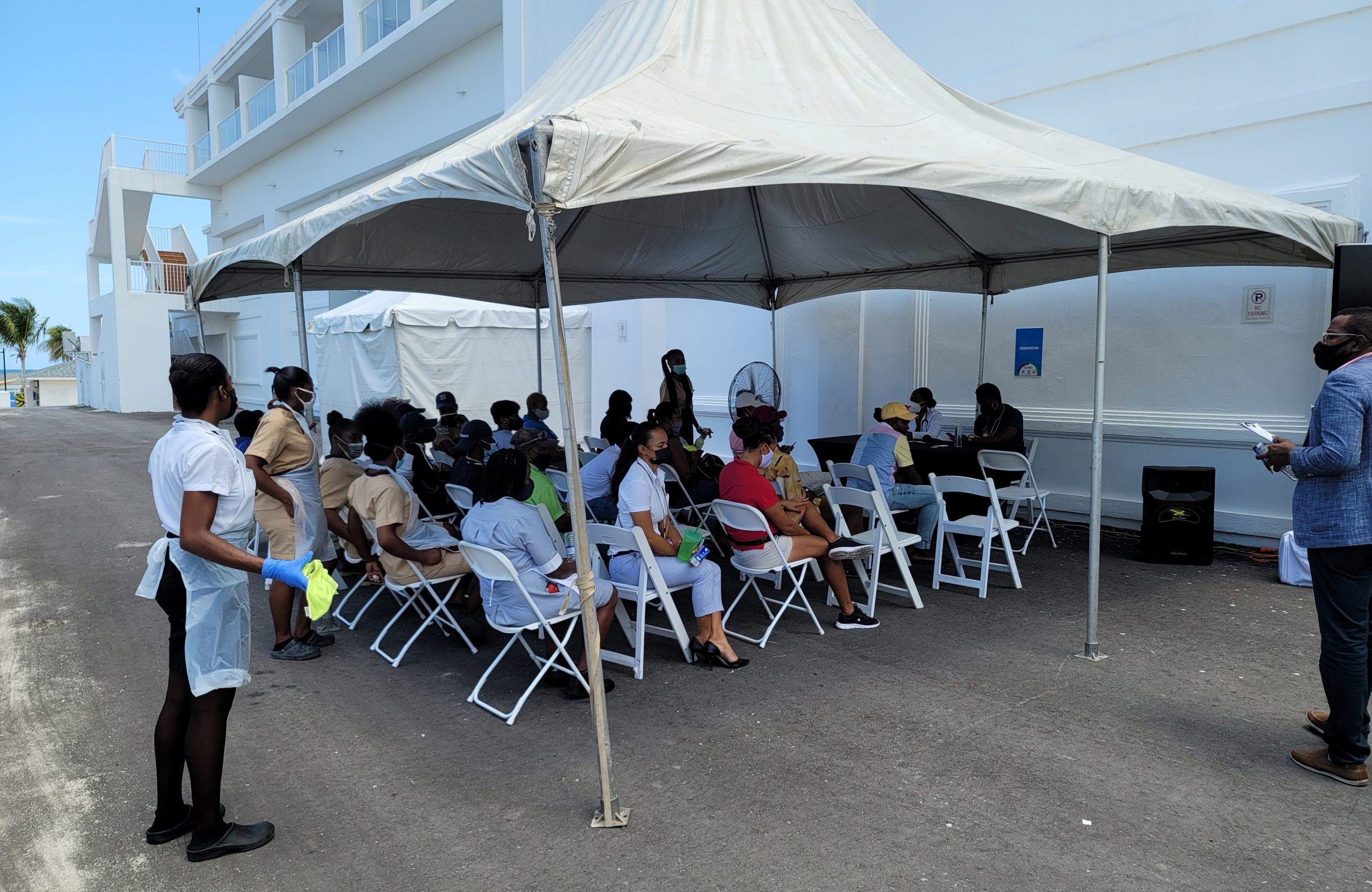 RIU Hotels has volunteered an area of the Riu Montego Bay hotel parking facilities for the PSVI (Private Sector Vaccination Initiative) to provide a local COVID vaccination center. The RIU team has set up a tent and waiting chairs for the comfort of the attendees, in addition to offering rooms for the staff performing the vaccinations. According to the PSVI more than 300 people are expected to pass through the center each day. The cost of the vaccine is USD 9 per person. For its part, RIU has confirmed that more than 200 workers have requested a vaccination at this outpatient vaccination center, but it expects that participation will be even greater. 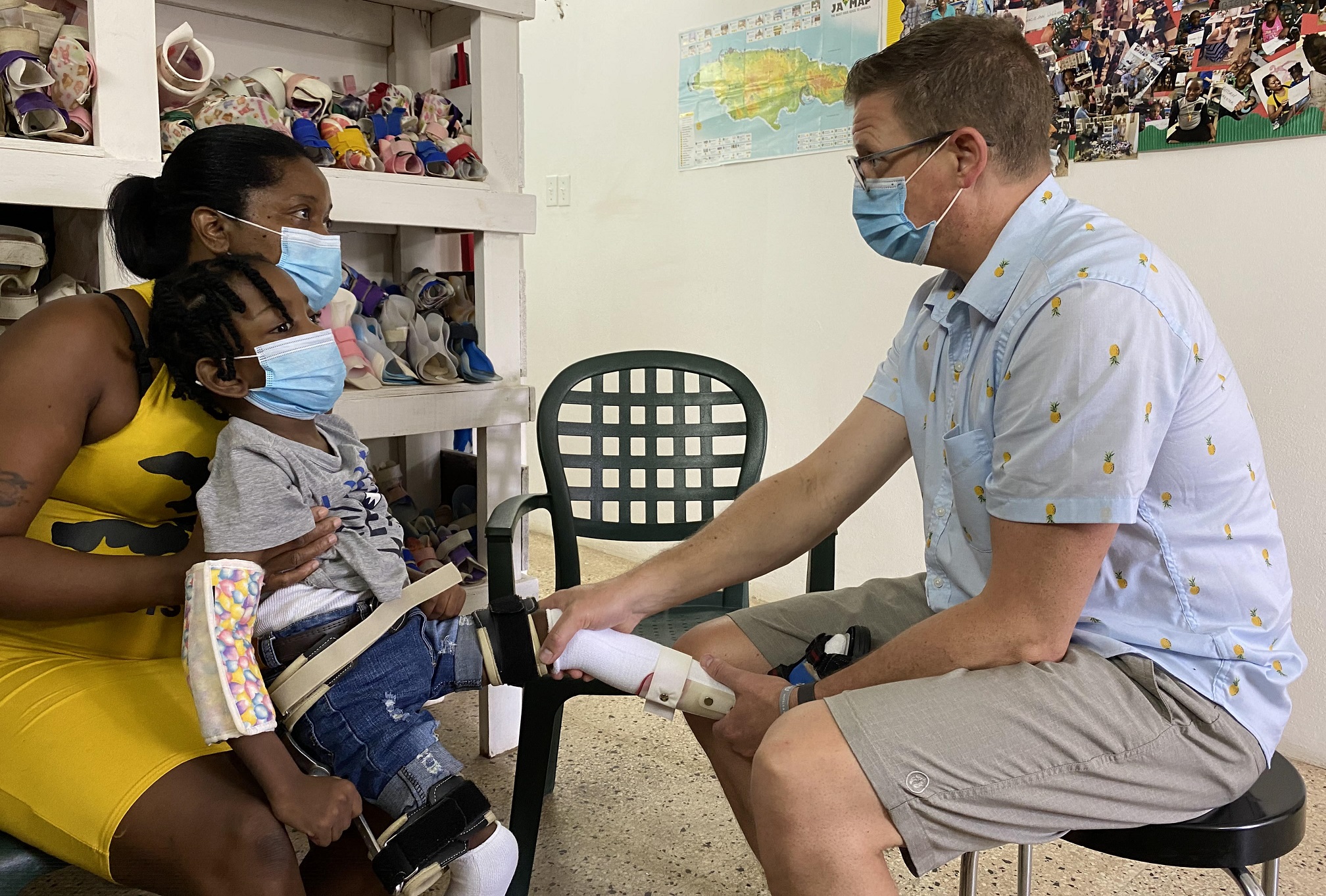 This medical centre has been operating in Negril for 12 years thanks to the missions carried out by volunteer doctors each year. After their activity was brought to a standstill due to the COVID-19 pandemic, the clinic has once again welcomed the entire medical team involved in this great social project. This is excellent news for the local community as, thanks to the reopening of the clinic, 59 children from the local area with mobility problems were able to resume their treatment and received care totally free of charge. 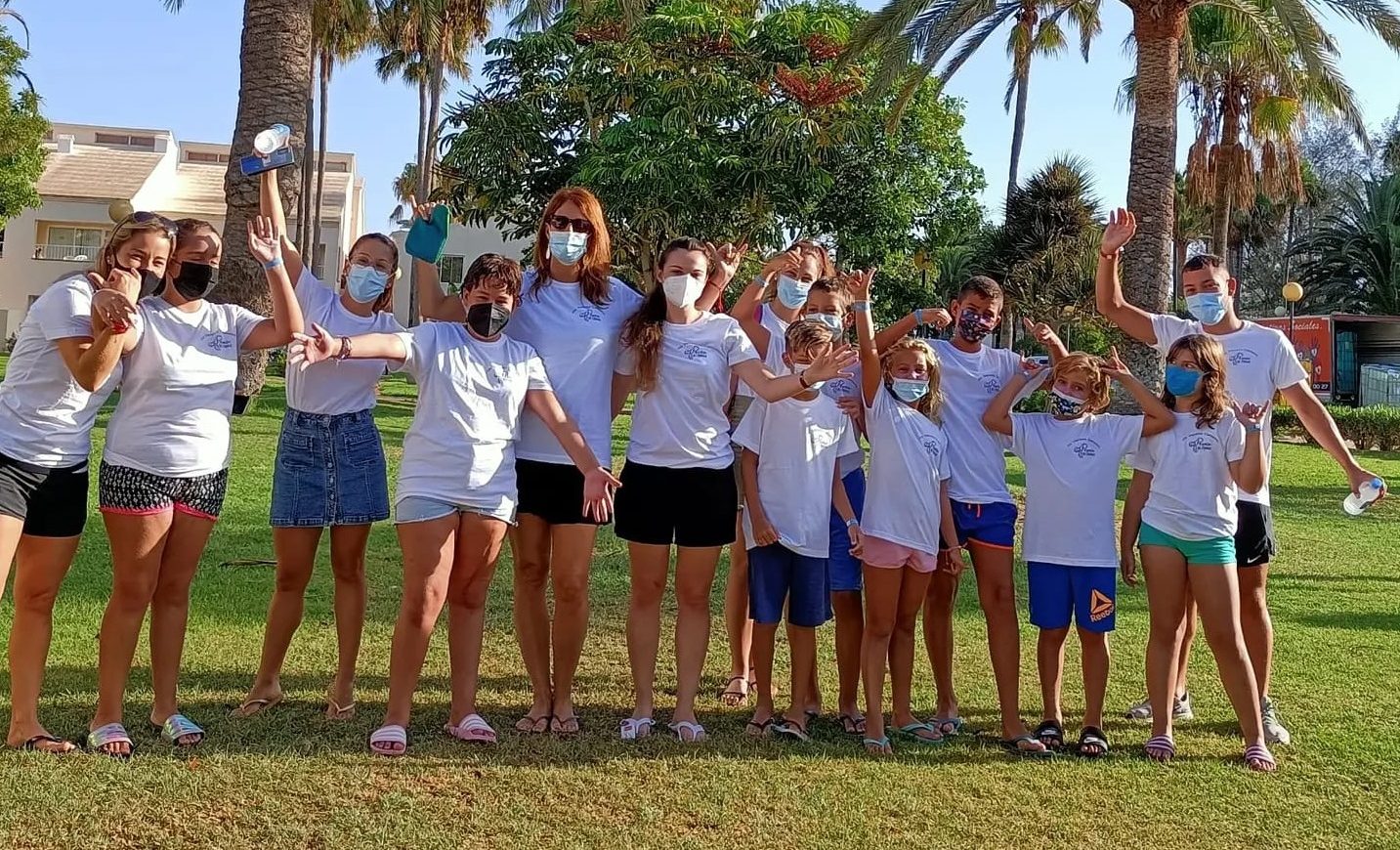 For the second year, the Niños con Cáncer Pequeño Valiente foundation held the ‘Un Verano Canario’ camp in Fuerteventura. Around 50 children from the Canary Islands lived this experience and the Riu Oliva Beach Hotel was their home. The camp is part of the their annual program of activities and was carried out in three batches of two groups each, taking a different order of itinerary. The president of the Pequeño Valiente Foundation, José Jerez Castro, expressed his satisfaction with the development of the camps, which make it possible for children to enjoy throughout this month and next September, in addition he thanked RIU for its support with this “solidarity accommodation”. 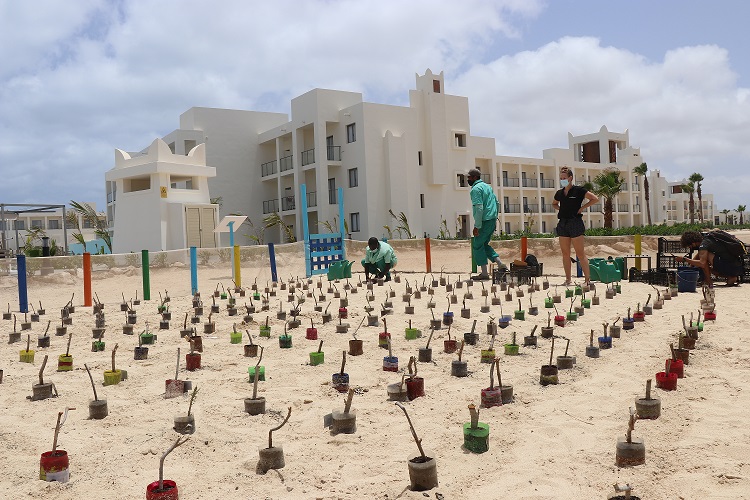 Together with our environmental ally, Projeto Biodiversidade and the Ministry of Agriculture and Environment, we carried out an initiative to reintroduce the native Tarrafe plant in the local ecosystems of Cape Verde, through the creation of a plant nursery on the beach at the Riu Palace Santa María. With the help of RIU staff, local authorities and hotel guests, we planted more than 200 specimens using recycled material pots. Once they have reached a suitable size, we will replant them along the coast of Isla de Sal to support the regeneration of local dune ecosystems. 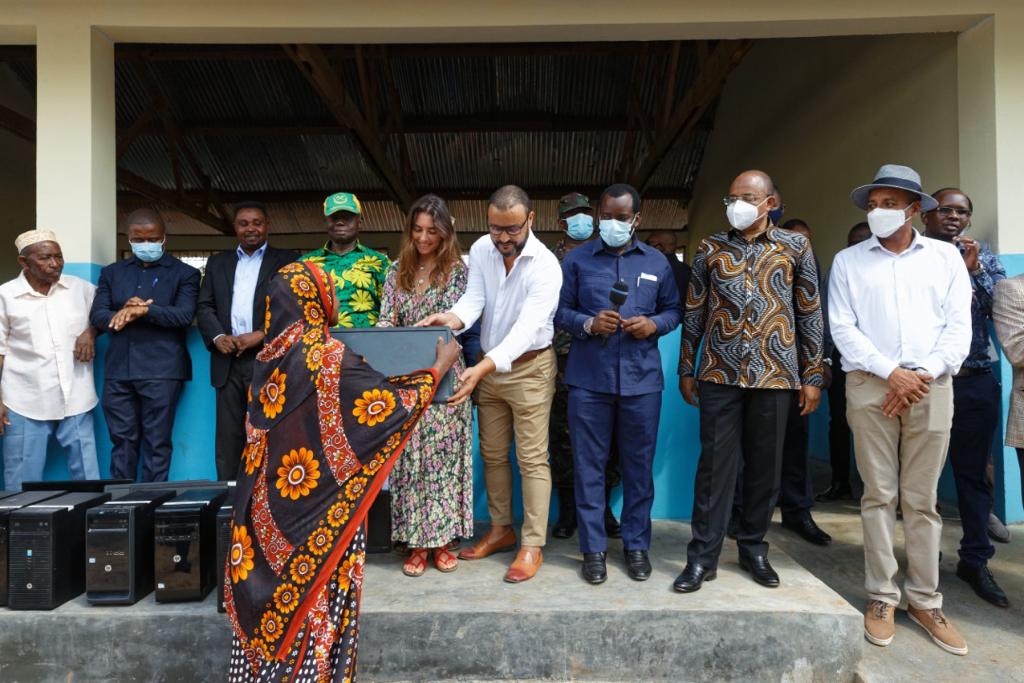 Together with our local partners in Tanzania, the MIMI na WEWE foundation, we have built seven classrooms at the Chaani school in the north of the island of Zanzibar. In addition, the Riu Palace Zanzibar hotel team also participated in this project to support the local community, donating computers for their students. The donation was attended by Hussen Nwinyi, President of Zanzibar, the director of the Riu Palace Zanzibar hotel, Hamadi Zaied; Iddi Ali Ame, Chairman CCM North Unguja; Ayoub, Regional Commissioner North Unguja, Elena Miquel López, head of the RIU administration department in Zanzibar and Seif, tax consultant from Smart Consultants. 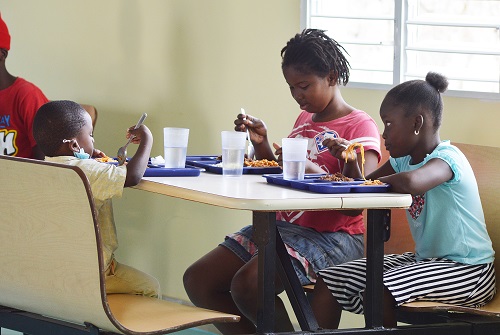 Delivered nearly 5,000 food servings and 214 food baskets to children and their families in the Dominican Republic

In the first semester of the year, Ciudad de Dios para las Naciones, together with the La Segunda Milla Educational Center and the financial support of RIU hotels, have delivered 4808 portions of food and 214 baskets with basic necessities to vulnerable children and their families. The association, which has been working for 10 years identifying the needs of girls and boys in the Dominican Republic, has had the collaboration of social workers and pedagogical professionals who currently visit marginalized places.

At the beginning of August, the employees’ dining room at the Riu Playa Blanca hotel, which had been closed due to the pandemic, was reopened. The hotel management, as a tribute to its collaborators after some very difficult months, decided to make improvements and modernize the image of the dining room. The colleagues and workers were delighted and eager to regain normalcy.

The consequences of the pandemic on our CSR activity were even more evident in solidarity accommodation. Luckily, in May of this year we had our Doctor Sonrisas children again in the hotels in Cancun. They were children without serious pathologies who were accompanied by relatives and volunteers. The alliance with this Mexican NGO is stronger than ever and we hope to have them back next September. 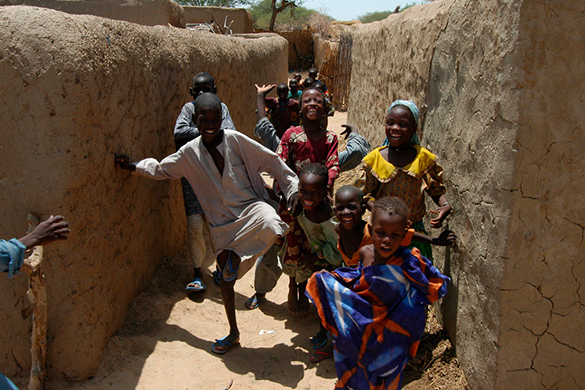 On Africa Day on May 25, RIU Hotels & Resorts and the Campaner Foundation launched the “Salvasonrisas” campaign in all its hotels in Spain with the sale of special bracelets to customers and employees. The money raised in the 24 hotels that took part, went to the Campaner Foundation, an NGO that provides development assistance and also helps in the  ght against Noma, a disease known as “the thief of smiles” that a ects 140,000 children worldwide. 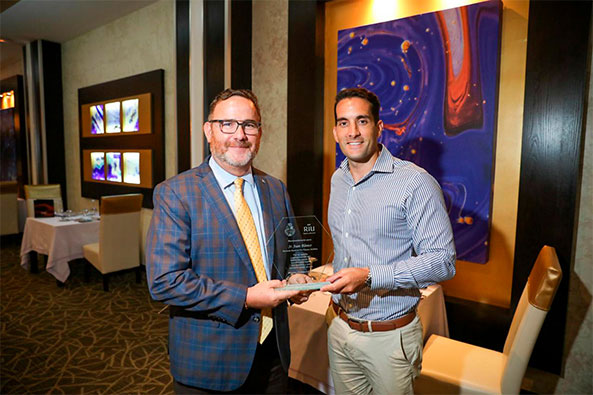 Aruba’s Minister of Social Affairs and Employment, Glenbert Croes, presented the General Manager of the Riu Palace Antillas Hotel, Juan Blanco, a plaque in recognitionof all the social projects RIU is involved in to help in development and improvements in the community. During the award ceremony, the Minister praised “the enormous sensitivity” of the entire team at the Riu Palace Antillas Hotel which contributed to all kinds of social causes.