The Artola Paediatric Clinic will also provide services for the elderly 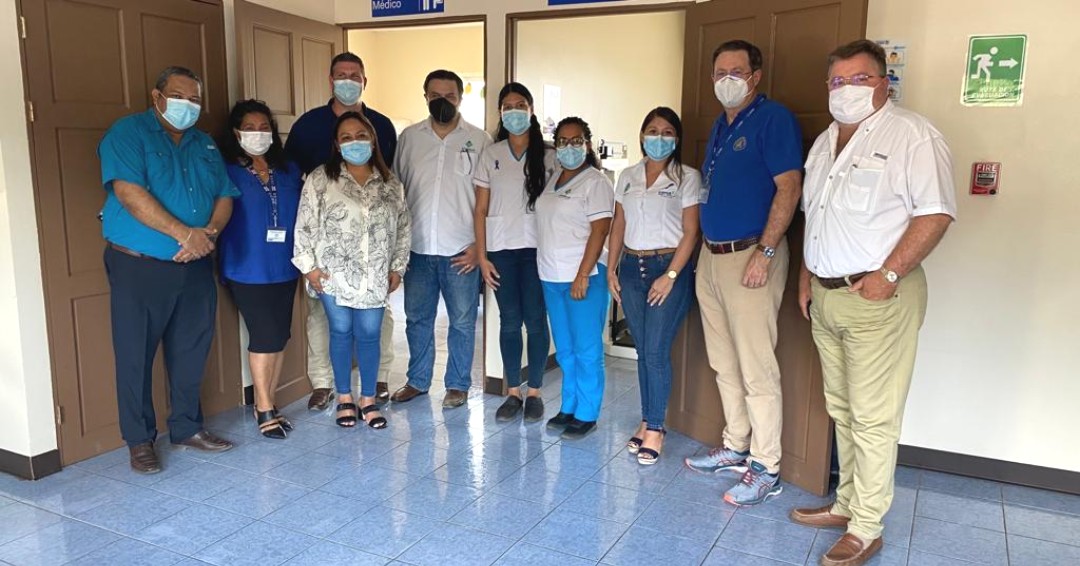 As a result of a mixed medicine agreement that was recently signed with the Costa Rican Social Security Fund (CCSS), doctors hired by the RIU chain will care for a large sector of the child and elderly population.

Carrillo, Guanacaste; 7 April 2022- The Paediatric Clinic in Artola, which is funded by the RIU hotel chain, will soon provide medical services to the residents of neighbouring towns. Since it opened its doors, the clinic has seen more than 1,200 children from the community, providing primary healthcare or redirecting them to specialists when required, and starting this month it will also provide these services to elderly patients. What’s more, the clinic will participate in several campaigns launched by the Costa Rican Social Security Fund (CCSS).

These changes are the result of a mixed medicine agreement that was recently signed with the CCSS for doctors hired by RIU to care for the aforementioned local population.

With this agreement, the CCSS will include the RIU-funded clinic in a periodic mobile clinic programme for dental healthcare and prevention, as well as for other specialities such as optometry, flu vaccination and childhood vaccination.

The RIU medical team will also participate in preventive health campaigns in local schools related to nutrition, good eating habits and sexual education, and will get involved in diffusion and awareness-raising actions aimed at encouraging vaccination uptake.

Through this system, those that receive care have access to the country’s social security system and a range of other services, namely medication, referrals, external consultations and other procedures.

Since it opened its doors in September 2019, this medical facility has carried out 4,300 consultations with 1,230 children and teenagers.

“Building a healthy society is everybody’s responsibility.  This project has forced us to break with the paradigm. It is not just a contract; it is a partnership between two good neighbours that aims to improve the population’s health, including children, youngsters, women and adults in general”, stated Dr. Eva Camargo Batista, director of the Carrillo Health Area.

Under the partnership between RIU and the CCSS, the company also provides the building where the public will receive care during these periodic visits.

This project is part of RIU’s Social Corporate Responsibility (CSR) programme, which is focused on improving the health of the people who live in the communities where we work with the aim of making a positive contribution to society.

In questionnaires carried out by RIU, the families of the paediatric patients treated to date have highlighted that the clinic’s main advantage is its accessible location, as they do not have to travel to faraway healthcare centres.

They also highly value the fact that the centre offers specialised care because, before the centre was opened, children were treated by general practitioners and not by paediatric specialists. In addition, they stated that the centre has allowed them to save money as it is a free service and they no longer have to go to private consultations in facilities located far from their homes.