RIU has done it again! The Mallorcan chain has opened its second hotel in the great city of New York. In the heart of Manhattan, RIU has erected an impressive 47-story building that houses a total of 656 rooms. We are proud to return to this destination where we kicked off with great enthusiasm and excitement in 2016, with the Riu Plaza New York Times Square hotel that has given us so much joy. 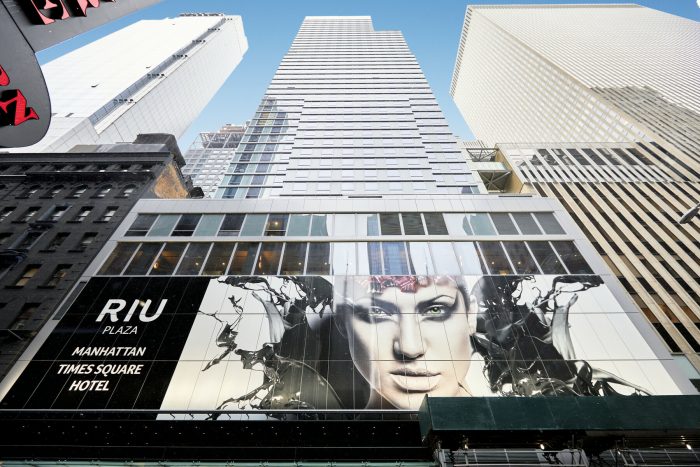 Forgive us for gushing, but it’s not every day you debut a great hotel in the heart of New York. This new hotel will surprise you for many reasons, but above all because of its stunning Broadway-style decor. But it is not only the decoration that will transport you to the famous New York musicals – in fact, the hotel is so close to this renowned area that you can get there by foot in just 5 minutes!
And for a big city, this is nothing! 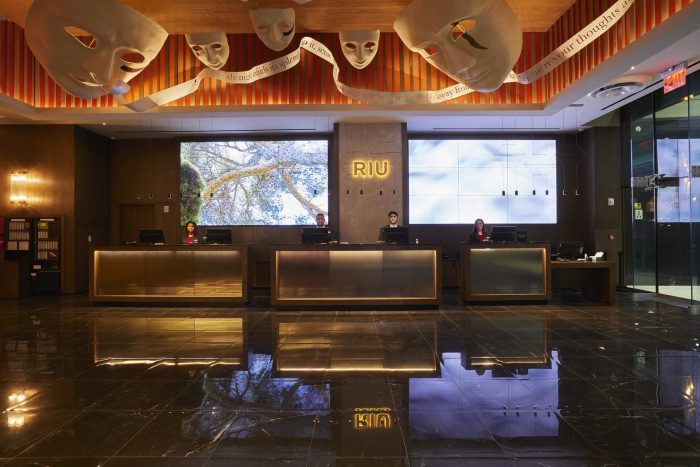 The RIU hotel in New York has a total of 47 floors.

A lobby with a special atmosphere.

As soon as you enter the hotel you will feel as if you were in the lobby of the theatre where the famed musical “Phantom of the Opera” is being performed because of the masks hanging from the ceiling. But you’re not! In reality, you are entering the impressive lobby of the Riu Plaza Manhattan Times Square. Yes, it’s real! You are finally in the city that everyone is talking about and that you have seen so often in the movies. 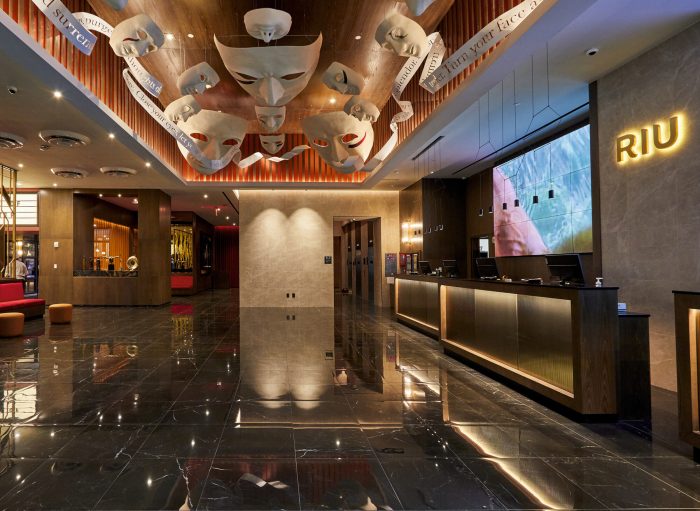 The lobby decor has a theatrical ambiance.

It is the perfect hotel for business or leisure travel. And why is that? As you know, New York is the city that never sleeps, so there’s always time to take an express tour of the surrounding area and visit famous landmarks like Times Square. You can’t come back saying that you haven’t been able to see anything because your work schedule didn’t allow you to do so. If you are traveling for tourism, you are simply in the ideal place to start your tour of this legendary city.

Now the important things! What are the rooms like? The rooms have large windows that will allow you to feel the essence of New York from the heights, and they offer natural light to start your day with when you wake up. In addition, they have everything you need to guarantee your rest after a long day of sightseeing or work. 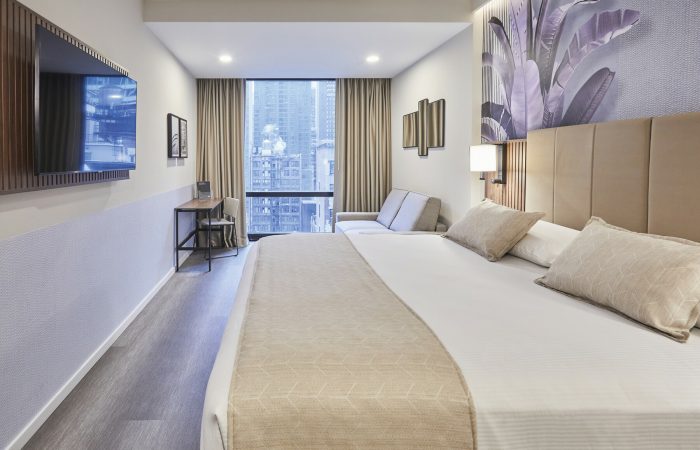 The Riu Plaza Manhattan Times Square hotel has a total of 656 rooms.

The cuisine at this hotel is designed to kick-start your day with energy. During your stay at the Riu Plaza Manhattan Times Square you can drink in wonderful views of the city, while you sample the hotel’s buffet restaurant and enjoy the delights of an American breakfast. In this way we have managed to turn your first meal of the day into another highlight of your trip. 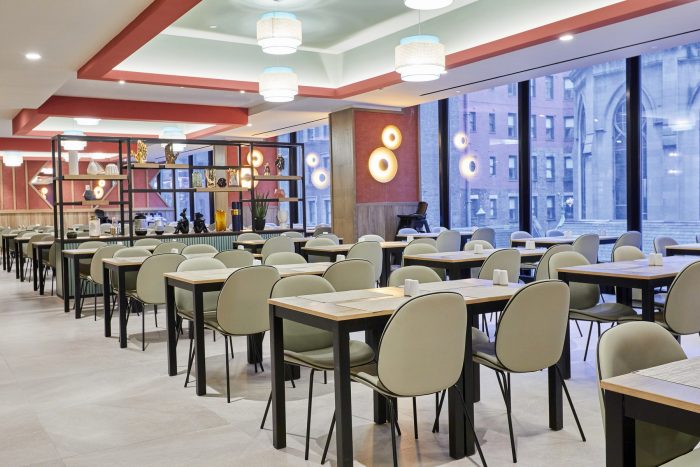 The guests at the Riu Plaza Manhattan Times Square can enjoy an American breakfast in the hotel restaurant.

In addition, the hotel’s Grab & Go bar is open from 7 am to 9 pm and offers delicious snacks and drinks. This space is one of the most characteristic of this hotel thanks to its unique old theatre decor that will transport you back in time to the most authentic New York. 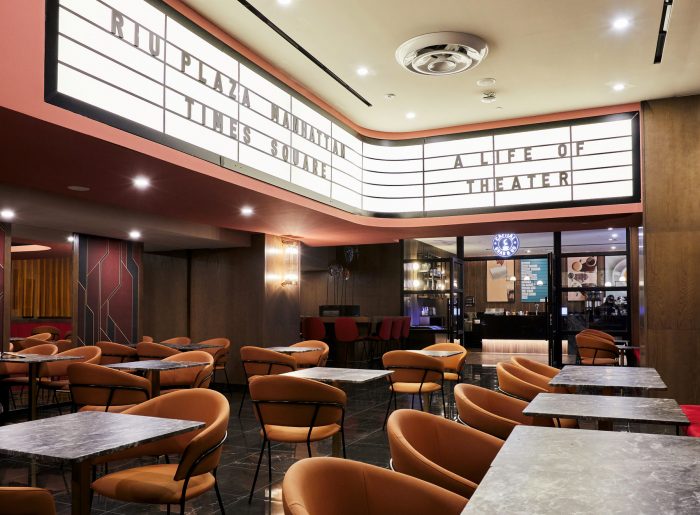 And there is little more to add. The truth is that this hotel speaks for itself and we are sure you will love it! Now you have an excuse to get to know New York, are you still wondering about where to stay? It’s easy, test out the Riu Plaza Manhattan Times Square!

These are the four managers at Playa de Palma!