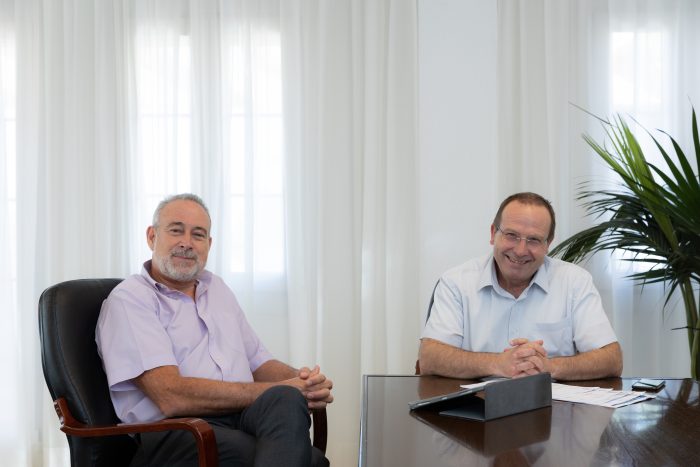 Everyone who works with me, colleagues, suppliers and even my friends and family know him. He’s the one in the know, the one who gets things done, gets in touch, explains and solves problems. Even my mother calls him when she’s got a question! He’s my right-hand man, the one who turns my ideas and projects into reality by calmly and quickly getting information to the right people. The person who juggles it all to allow my more analogical working style to continue to succeed in a digital, immediate world. José Manuel Celdrán, my personal assistant, is all discretion and efficiency. He is invaluable to me.

When I was thinking about who could be the subject of a blog post, I suddenly had a eureka moment: José Manuel had to be next. Without him, this machine would not be well-oiled. So, today you’re all going to learn a little bit more about him. 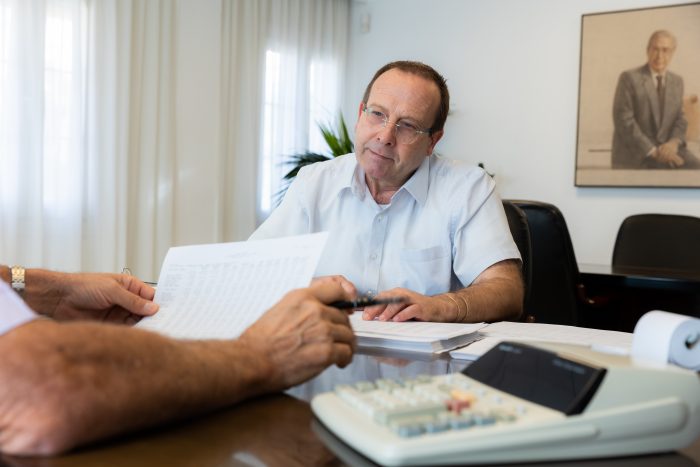 First, I’m going to tell you about his nicknames and monikers. Depending on who is talking to him, he might be called José Manuel, Celdrán or Funsi. The latter was the nickname he received shortly after arriving in Punta Cana. ‘Dapper, sporting glasses and a book tucked under my arm, that’s how I arrived at the complex’s Admin Department in 1995. So, two colleagues who loved joking around, Estela Sanz and Sonia Humanes, started calling me ‘funcionario’ [official]. It began amongst themselves, but given the great, joke-heavy atmosphere, everyone started using the nickname. And soon after, it got shortened to Funsi’, José Manuel explains.

Everyone at RIU knows he was in Punta Cana for a few years, five to be exact, and in his own words, they were the best of his career. What no one knows is that José Manuel and I didn’t meet there. Celdrán came to replace the head of Dominican billing. When he arrived, Riu Taino, Riu Naiboa, and Riu Palace Macao were open, and Riu Melao was about to be inaugurated. I had been there since 1990 and had just transferred to Puerto Plata for the opening of Riu Merengue before heading back to the Head Office in Majorca.

Head of Administration for Punta Cana for RIU Hotels & Resorts

‘I completed the Spanish Baccalaureate at San José Obrero in Palma and, since too few students signed up for the technical drawing course I had selected, I ended up taking the accounting course while completing the baccalaureate. I then began the university entry course but didn’t finish it. Since I was a teenager, I had been working in cafes, and during the summers, I lived with my brother in El Arenal working at clubs’, José Manuel remembers. ‘In 1983, I started working in the administration department of a company that owned a number of clubs in Playa de Palma, and I worked there until RIU made me an offer. The offer came from Vicente Ferrer Ros, who recently retired as Corporate Administrative Director of RIU. He called to tell me they were looking for a head of administration in Punta Cana’.

José Manuel seized that opportunity. I have always said that we worked hard in Punta Cana, but we also played hard. He can attest to this. ‘That opportunity arrived at the perfect time. I had a second youth there. When I arrived, I worked on an amazing team with people like Enrique Vargas, Juan Antonio Medina, and Fernando Ferrera; Juan Carlos García joined shortly thereafter. Though we worked around the clock, we also had a great time. The work environment was great’, José Manuel says about those years.

The Y2K threat: A major challenge for ‘Funsi’ at the end of his time in the Dominican Republic caused big changes to the Administration department in Punta Cana

In 1998 a major project began at RIU to update the billing systems. ‘The dreaded year 2000 was coming, the one expected to cause a global malfunction. Fortunately, disaster never struck, but that major project was the reason that RIU brought in Juan Antonio Medina to lead it’, José Manuel explains. Fernando Ferrera, who is now the Director of Dominican Administration, left Punta Cana, and so did Enrique Vargas, who is now Managing Director of Administration for RIU Hotels. The latter was promoted at the time to manage all of the Caribbean where the Riu Party events have returned stronger than ever this year.

‘I stayed on as head of Punta Cana, but everyone who was part of that great family of coworkers gradually began to leave and then it came time for me to be closer to my kids in Spain. In fact, I gave notice that I would be returning to Spain in 1999. I could have gone back without RIU, but thankfully Antonio Colom wanted to work with me in the Caribbean Administration department that had been created at the offices of Riu Bali in Playa de Palma. I came back from Punta Cana in February 2000, just before fiscal year end’, José Manuel recalls.

Back then, Paco García was my personal assistant. He had been with me for three years. He had a lot of experience in the Caribbean, but he also had many personal interests: he was entrepreneurial and was looking for a change. To replace him, Toni Colom recommended ‘Funsi’, and that is how he began working with me in November 2000. The truth of the matter is that Toni did me a great service by recommending him and José Manuel did me a great service in accepting the post. I cannot imagine a better assistant. Try as I might, I cannot find a single shortcoming, though the list of his virtues is endless. He’s a good person, totally reliable, hard-working, effective… I could go on and on. What I don’t understand is his ability to stand me! 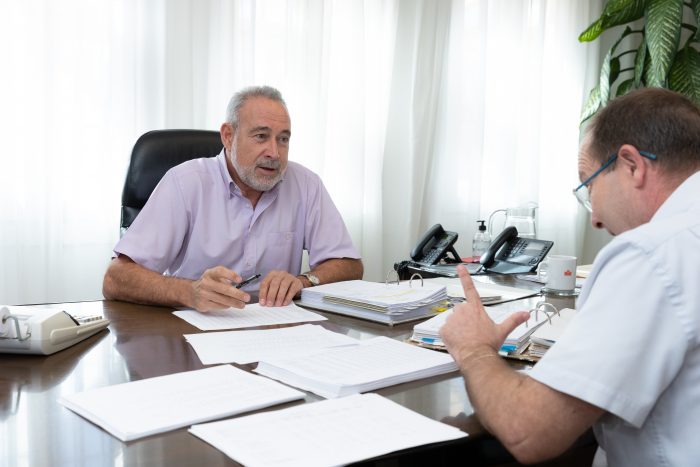 ‘It’s not so hard. All you have to understand is that Luis sees whatever he’s working on at that moment as the top priority. He works so hard and has so many irons in the fire that he wants to resolve whatever the issue is as quickly as possible and move on to the next one. If you understand that, it’s much easier to plan things with him.’ So says José Manuel. I think the key lies in his ability to remain unflappable even in the tensest of times. He is always calm and steady. ‘Yes, I think that’s the reason why I don’t need stress relief therapy. At least not yet’, he jokes.

Our working relationship has two clearly marked stages: before and after the iPad.

I haven’t got a mobile phone and don’t plan on getting one. I also use my iPad in my own special way. I know it is a highly useful tool, but I’m never going to use it to be constantly connected. This used to seem to be a trait of a person stuck in the mud, but even productivity and time management gurus recommend disconnecting when performing tasks requiring concentration. That is precisely why I check my email a few times a day, because I want to focus on what I’m doing. This is especially true when I’m travelling, but also in the office.

I have always carried a pen and paper with me to jot down ideas and make to-do lists. If I’m travelling, visiting a construction site or hotel, I still handwrite everything that will then become an email, what would once have become a memo or a fax. ‘They say I’m always out for a stroll, but that was a significant portion of my work! Bringing all those notes to people who need them to follow-up, make a proposal, give feedback on an idea… Today they’re all emails. I used to deliver them in person!’ José Manuel says. 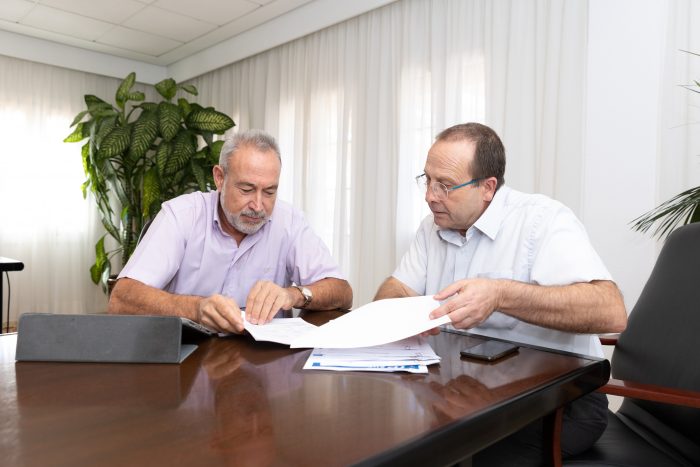 Luis Riu, CEO of RIU Hotels & Resorts, and José Manuel Celdrán have managed to understand each other perfectly over the years.

My emails also go through him. I see everything in my inbox and respond with an internal tool. He is then the one to send them. This causes many people to ask whether he sleeps. I know two things: he gets up really early, and his weekend naps – which can last up to four hours! – are sacred. If I’m travelling somewhere with a big time difference, I know that everyone will start receiving messages at 5:00 or 5:30. Then he’ll connect from the office and take one last late-night look from home.

Through those strolls around the office, he gained a comprehensive understanding of everything and everyone at the company. ‘But not anymore. The company is getting bigger and bigger and I can’t know everything and everyone anymore’, says Celdrán. Although he does stay abreast of many ‘riumors’. No question. Both superficial and serious things. He really stays informed on everything. And what he doesn’t know about, he learns. That’s how he became the top new technology advisor for Carmen and me. We may have led the digitisation of the company, but we still aren’t totally on top of it…

Celdrán has been a director of Riu Travel since 2004

He also has another huge responsibility. He has been directing Riu Travel since 2004 and is the direct manager of Nuria Herreno and Mónica Espinosa, who run the agency. Before then, people individually planned and booked their trips. The efforts to change old habits and ensure that everyone booked through Riu Travel were substantial. Nuria had a tough time… So, since I wanted everyone to understand that the person behind those decisions was me, I appointed José Manuel as director. 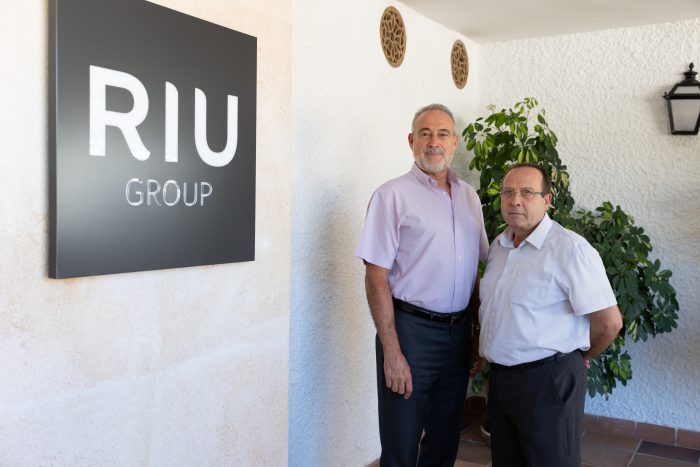 Respect, loyalty and rapport: keys to the relationship between Luis Riu and Celdrán

‘I understood right away that Luis is the heart and soul of this company. That his instincts and courage are what define RIU’s product, destinations and service. It’s a formula for success, the foundation allowing the rest to function. That’s why I respect him so much. He can always count on my loyalty’, says José Manuel. Behind such dedication of course lies passion. Without it, that dedication wouldn’t be possible.

We understand each other and work well together. He knows the company inside out; he has lived in the Caribbean, which has its own pace and dynamic; and he’s of my generation (he was born in August 1962 and just turned 60!). I think the latter point is also important. In fact, when he goes on holiday or cannot come into the office for whatever reason, I count the days and hours until his return. It’s very easy to get used to having a Champions League player on your team! 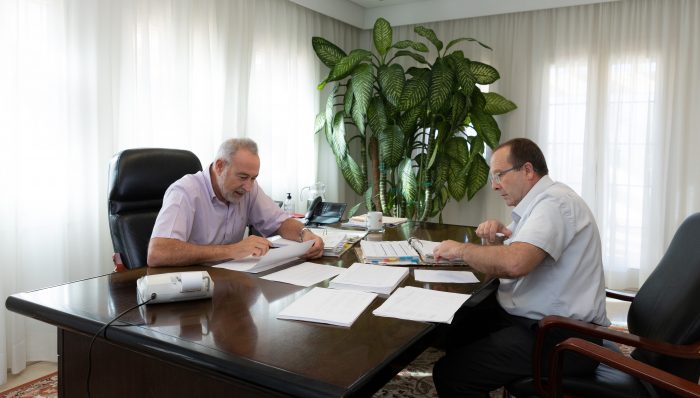 Luis Riu, CEO of RIU Hotels & Resorts, in a meeting in his office with his assistant, José Manuel Celdrán.

‘I’m not indispensable for RIU, no one is, but I know that Luis would really miss me if I weren’t here. Sometimes when people ask me what my job is, I say that it is to make just one man happy: Luis’, says José Manuel. And he excels at it. So, I hope he will stay on the team for many more years. I cannot deny that he deserves to have a monument erected in his honour, and his wife Rosa deserves another one the same or larger in size. I wish them the greatest happiness with their first granddaughter, Emma, who has just been born.

Plan your trip to Morocco with RIU