Luis Riu: “Dubai will be playing a starring role this 2020 full of new projects”

We have started the new year on a strong and enthusiastic footing. We are very pleased with the work we carried out in 2019 and we have lots of ongoing projects for this 2020. In fact, we are not even three weeks into the new year and I have already visited our new Riu Plaza Fisherman’s Wharf hotel, the first hotel we acquired in San Francisco in November; I have also visited the construction works for our second Riu Plaza hotel in New York and our hotel in Dubai, which will be opening in the final quarter of the year. This gives us some indication of the pace that has been set for this year! 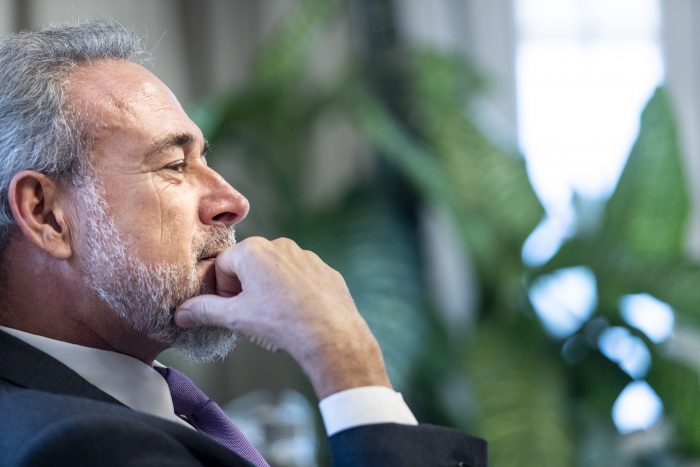 But before I outline everything that’s coming up, I would like to briefly recap 2019, which has been a memorable year for us. The Maldives was a very exhilarating challenge and seeing the outcome has been really satisfying for all concerned. The Madrid project is also proving to be a real revolution for the company: firstly because of how complicated the project has been, and secondly because of the major responsibility of dealing with such an emblematic building in the city, and lastly for the major interest it has created. Today we are very happy with the result. I believe that the hotel pays tribute to the building’s history and in terms of the number of bookings, we are very pleased indeed. 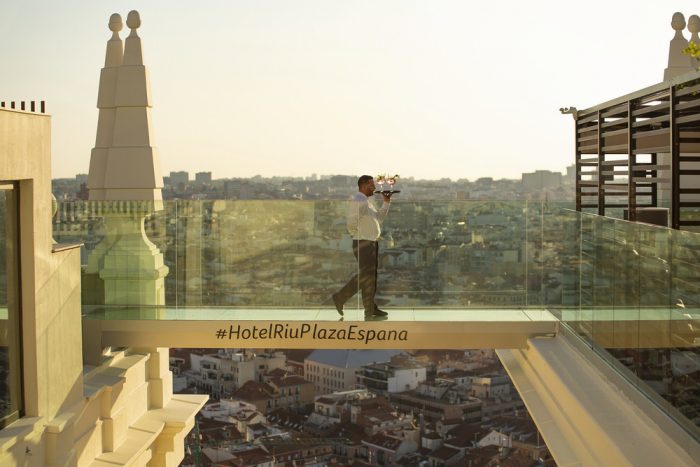 The hotel Riu Plaza España has been one of the most successful projects of 2019 for Luis Riu.

The Riu Playa Park hotel has been very important to Playa de Palma given that, instead of a refurbishment, we chose to pull down and rebuild the hotel from scratch, thereby providing more value to this mature destination and to our clients. And at the end of the summer we opened the Riu Palace Tikida Taghazout, an elegant hotel in a new and charming destination on the Moroccan coast.

However, 2019 was also marked by major renovation works. We began in Morocco, with the refurbishment of the Riu Tikida Palmeraie, we continued in Tanzania with the renovation of the Riu Palace Zanzibar and we stopped off in Spain to refurbish the Riu Garoe in Tenerife and the Riu Palace Palmeras Hotel. This deserves a very special mention. It is a hotel that is very special to the chain and to me personally. It was the first RIU hotel outside of Mallorca and signified a huge leap forward for us and an expansion which affected our entire business going forward. The hotel has kept its characteristic semi-circle design, although the refurbishment has converted this establishment into a modern and attractive hotel with a 4-star Palace category. 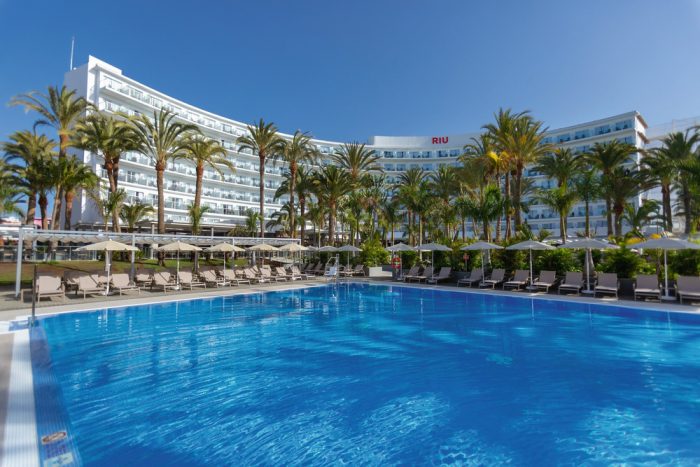 The renovation of the Riu Palace Palmeras hotel, one of the success stories of 2019.

A year full of challenges for Luis Riu

We have worked extremely hard this year. In all the company’s departments. My sister, Carmen Riu, and I have taken on major challenges in all our destinations, not only through new projects, but above all in traditional destinations and markets where the pressure has not let up. We closed the year with 99 hotels in 19 countries and gross sales of 2.240 million euros. We have a team of 31,270 employees managing 48,000 rooms where 4.9 million guests stayed. These are dizzying figures which have only been possible thanks to the amazing RIU team of professionals. Take a look at this video that recaps all this effort and gives you the inside scoop on what we have in store for 2020:

This year, the project that I’m focusing on is our Dubai hotel. It is a new destination for us and a very different one from anything we have worked on so far and this has been a driving factor during the hotel’s development. Dubai sounds very exotic to Europeans, however, this city has also made a huge effort in the last few years to come up with an attractive offer for families. This is where our hotel in Deira Islands fits in perfectly, given that it will be the first of its kind here and we hope that with our 4-star holiday product we will attract our traditional guests in search of new destinations, as well as families in the region looking for new experiences and a hotel designed for them. 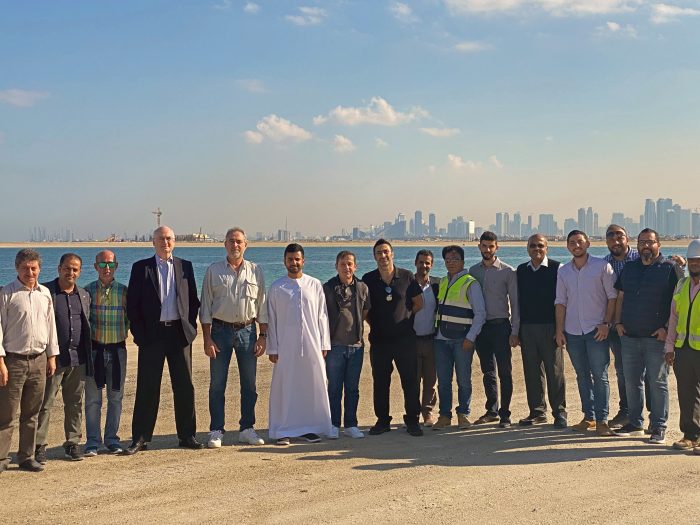 Luis Riu admits to be very interested in the Dubai hotel project.

The RIU group strengthens its position in Cape Verde

The Riu Palace Santa Maria will be opening in autumn on the Island of Sal in Cape Verde. It will be a major hotel in a privileged position on the seafront boasting a sophisticated design and a wide range of services. It will feature the first water park in the area and facilities that can be shared with guests at the neighbouring Riu Palace Cabo Verde and Riu Funana hotels. This will be our third hotel in Sal and our sixth in Cape Verde. With this project we are confirming our commitment to the country and our leading position in this market.

We will continue working on the Riu Plaza line of hotels with major projects already going full speed ahead, which will be opened in 2021: 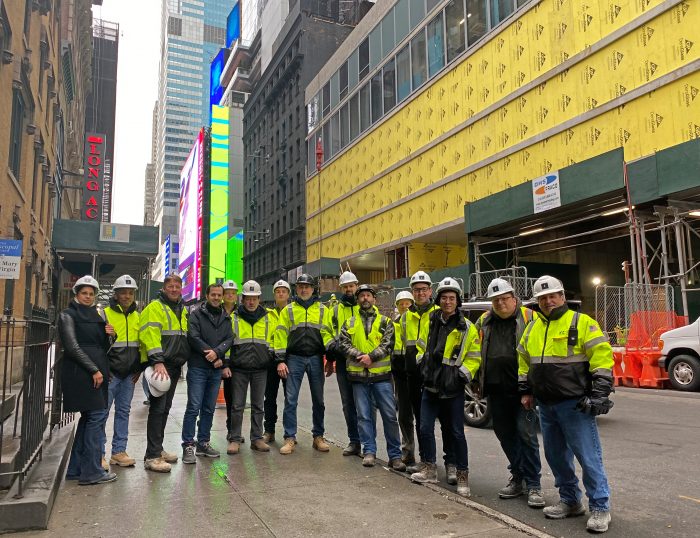 Riu Plaza New York hotel project is closer to its opening in 2021.

And in order to bring this overview of what lies ahead in 2020 to an end we simply have to mention our major refurbishment projects: we have kicked off the year in Morocco with the Riu Tikida Garden; which will be followed by Playa de Palma, a destination where we will have only new or renovated hotels once the Riu Concordia reopens in April; we only have the Riu Montego Bay left to refurbish in Jamaica in order to round off our updated offer in the country and this refurbishment will come with new and interesting services which can also be enjoyed by the neighbouring Riu Palace Jamaica and Riu Reggae hotels. In the Canary Islands we will round off the year with two major projects: the complete overhaul of the elegant Riu Palace Jandia in Fuerteventura and a renovation of the Riu Buenavista in Tenerife, an ambitious project which will return this hotel located in a fantastic spot to all its former glory. 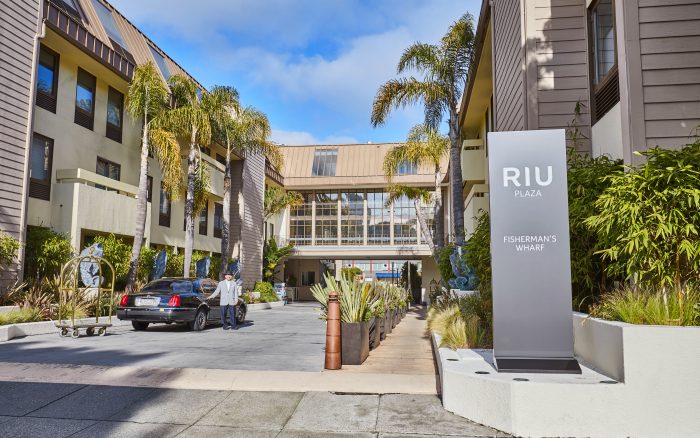 San Francisco has become the headquarters of the Riu Plaza Fisherman’s Warf Hotel in 2019.

It would also be fantastic if other new projects were to come up during 2020. This would mean that we had discovered a great opportunity in a big city, perhaps one of those places we always keep on our radar, rather like what happened shortly before the end of the year with the new Riu Plaza Fisherman’s Wharf in San Francisco. Or perhaps the surprise will come on the resort side of things, with a great piece of land to build a beach hotel on, like the land we purchased in Senegal where our development works have already been rolled out.

Share the post "Luis Riu: “Dubai will be playing a starring role this 2020 full of new projects”"

Find out all about our new Riu hotel in San Francisco!

RIU wants to wish you a Happy Chinese New Year!