Luis Riu: “Today I am proud to introduce the woman in charge of Finance at RIU Hotels: my daughter Naomi” 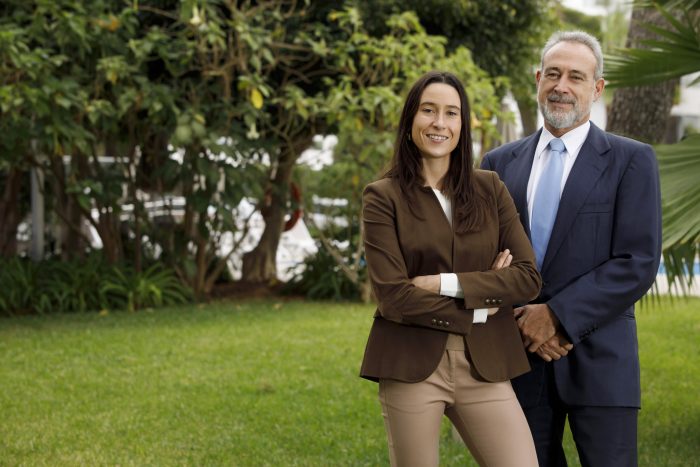 Luis Riu, owner of the RIU Hotel chain, with his daughter Naomi Riu.

My father, Luis Riu Bertrán, always said that the company is like the army. You have the logistics corps and the infantry corps. The former takes care of supplying arms, ammunition, food, medical care and transport, while the latter goes to war to achieve the army’s goals on the front line. The infantry cannot survive without the logistics corps, but it only has a purpose if it goes to battle.

From an early age, my father told me I was made to be on the infantry side, while my sister Carmen’s talent for logistics is second to none. My daughter, Naomi Riu, likes the front line, but she is now also showing her capacity to direct RIU Hotels’ finances. She has had this role for three years now, and in it she has played a key role during the crisis caused by Covid-19. 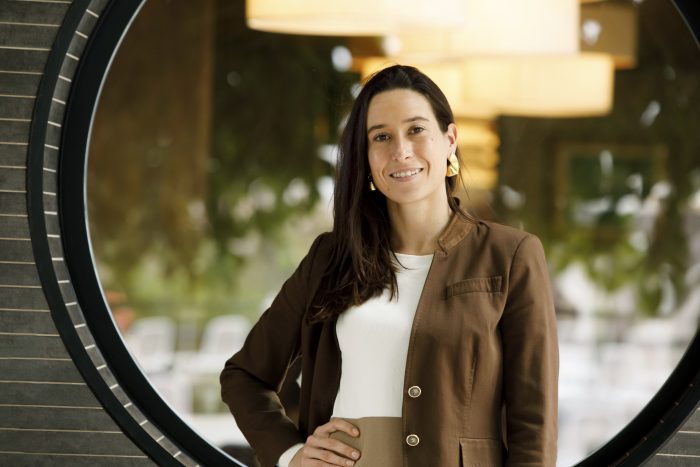 Naomi Riu, a fan of the action in the hotel industry, like her father

Even when she did her first placements at the Riu Playa Park Hotel at the age of 16 and 17, I could see she liked operations. Especially the departments where there is plenty of action, such as the bar or reception. In fact, even now she says that one of her greatest passions within the company is construction management. “My work as assistant to the head of construction in the refurbishment of Riu Vistamar is a very fond memory. I was really in my element!” explains Naomi, as we take an overview of her career path.

After studying Business Administration and Management in Barcelona, Naomi undertook a semester of placements in the Financial Planning department of CaixaBank, then going on to work at PricewaterhouseCoopers in Madrid for two years. In that time, she also completed a Master’s in Auditing and Accounting, but she found the working days never-ending and, eventually, I suggested that it would be a good idea for her to invest all that work and talent in RIU. 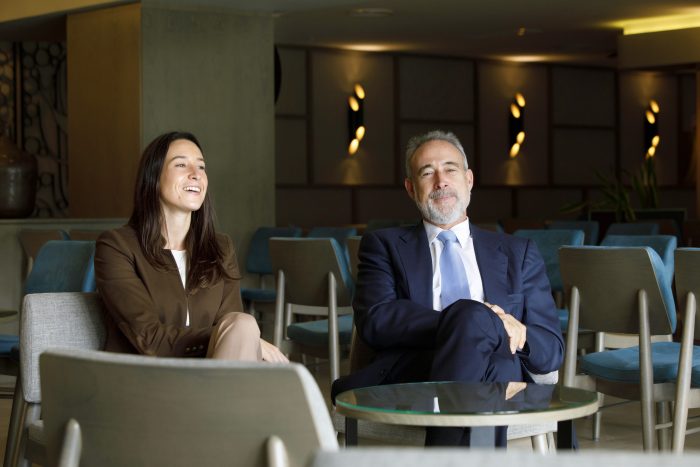 Naomi Riu with her father, Luis Riu, in one of RIU’s hotel lounges in Mallorca.

From PwC to RIU hotels in the Canary Islands

So, she first spent two months in Germany to refresh her German, which she added to the English and French she already speaks, and then she went to Gran Canaria to gain more experience in Operations. She spent more than a year there as deputy director of several hotels: “Six months were in Riu Palace Maspalomas, which is where I have my fondest memories, as well as the early starts and physical effort of the Construction phase, which I also really enjoyed,” Naomi explains.

She could have stayed longer. In fact, I thought she had found her place because I could see how involved she was. Félix Casado, our Director of the Canary Islands, told me she was doing a good job and always wanted more action and more responsibility. But then Carmen said she needed her here, at the headquarters, to take over as Finance Director. My nephew Juan Trian Riu had been in the role for 8 years and was getting ready to take his next step in the company, so Naomi, with her experience and knowledge, was the ideal candidate to replace him. 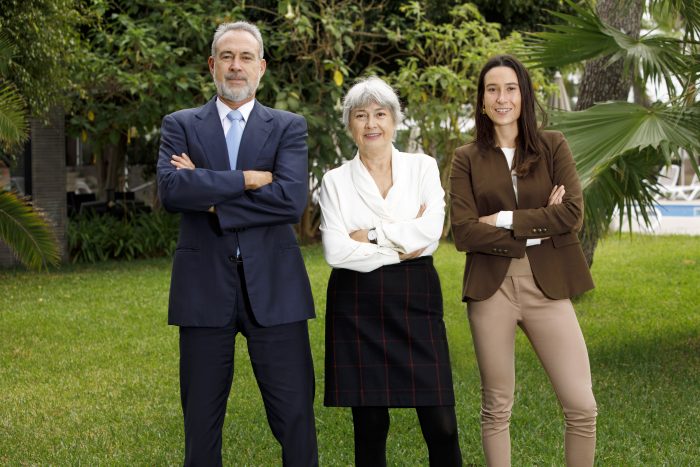 Three members of the Riu family: Carmen and Luis Riu, the owners, and Naomi Riu, the next generation.

“For a long time it was my dream to be Finance Director, so I was thrilled to receive the offer. I spent three months with Juan, learning the day-to-day running of the department that, at RIU, includes Finance, Treasury and Shareholder Reporting. It’s not a long time considering the level of responsibility involved. But Juan was a great teacher and he is always there if I ever need him,” Naomi explains. 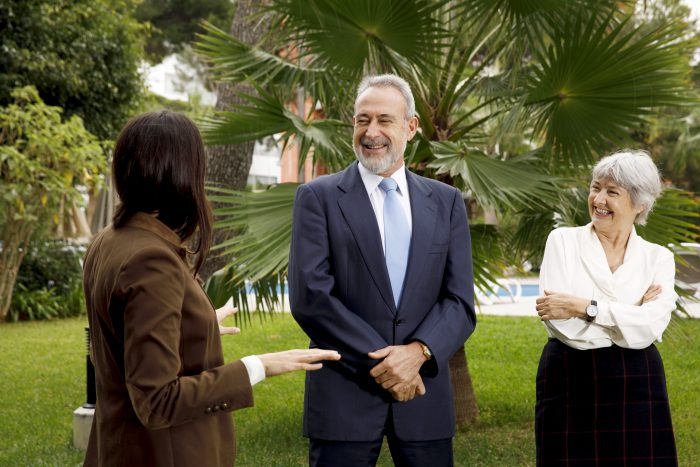 Naomi Riu, Luis Riu and Carmen Riu in the garden of the Riu Festival hotel.

Although Naomi reports to our Director Jordi Rovira, RIU’s Finance department has always been closely supervised by the family. It was always my father who met with the banks personally, then he went with Carmen. Carmen went on her own for a while, and then she was accompanied by her son Juan, who later introduced Naomi. For the Rius, our brand is our surname and taking that responsibility personally is a way of showing respect to the institutions, and of guaranteeing our financial standing and involvement.

“I felt very proud that Carmen trusted me with that responsibility. It’s a cycle: if the bills and wages aren’t paid, the machinery stops. This is an essential department in the company. Although Juan was my mentor, my aunt is a guide and I am fortunate to be able to learn from her,” Naomi explains. 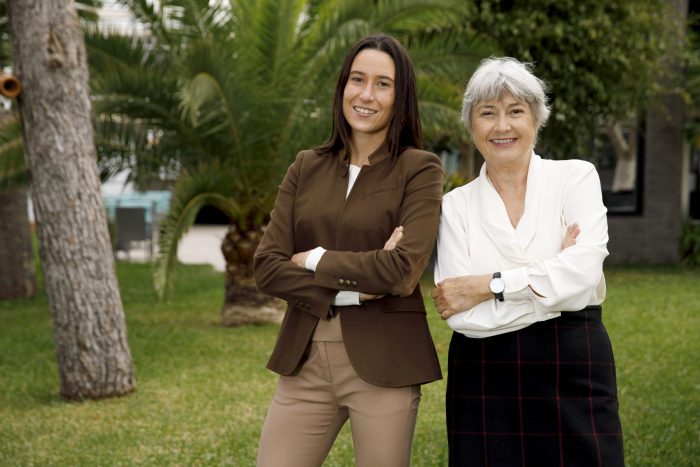 Naomi Riu with her aunt, Carmen Riu, owner of the RIU Hotel chain.

“When the crisis started in March, we had a few genuinely crazy weeks. I was very concerned at that time. We had never faced a situation of zero income, and on top of that we had no idea how long we would have to manage with only expenses. Thanks to the Treasury’s thorough supervision, bill by bill, and the finance we had access to as a result of our balance and solvency, we managed to weather the storm of those first few months fairly well,” Naomi explains.

Negotiation between Construction, Expansion and Treasury, a healthy tension in the Riu family

Her role in RIU has put us in the position we now face. I never imagined I would have to be accountable to my daughter. Now her main aim is to protect the treasury, but I also have to carry on creating and keep the mechanism moving. That tension is what ensures we are both doing our jobs well.

“In recent months we have locked horns much more than we have done in previous years. My father is a tough boss, he’s very demanding. I understand his position, but now it’s my job to be conservative and realistic. But for me, Luis Riu is the essence of RIU and, even when we fight, I still admire him,” says Naomi, and she says it seriously, so it must be true. “He’s strict at home too, about time, for example, and tidiness, but he’s a lot of fun. He’s a real joker.” And for me, spending time with my children is what I like to do most in all the world. Now I can do it at home and at work.

Young people today are much better prepared, but I still think that experience is more valuable. Over these three years, Naomi has experienced a lot, starting with the two years with the highest level of investment in all of RIU’s history, and now the crisis caused by Covid. “No master´s degree can give you this knowledge,” says Naomi. She is brave, and rather than complain, she feels proud that she has overcome these challenges. That must be part of the infantry soldier that is still alive in her character.

Share the post "Luis Riu: “Today I am proud to introduce the woman in charge of Finance at RIU Hotels: my daughter Naomi”"

Nader Ghosheh, the manager of Hotel Riu Dubai: “There is a new adventure every day in Dubai, there is always something going on”

Start the countdown to Christmas with the RIU Advent Calendar!