Chief Michel Sarr: “I am glad RIU has located here because it has partly stopped the emigration from the area”

Along the coast just 2 kilometres from the Riu Baobab hotel, in the town of Pointe Sarène, Senegal, there is a beautiful house facing the ocean.
On its porch, with unbeatable views of the Senegalese sea, we are welcomed by its owner and village chief: Michel Sarr. He is accompanied by his nephew Mbaye Sarr and the griot, Modou Faye. During the meeting, in a relaxed conversation, they told us what the arrival of RIU has meant for both them and the town.

Mr Sarr has been chief of Pointe Sarène since 1984, and his family has held this position, which has been handed down from generation to generation, for almost 400 years.

Village chief: a position that is passed down from generation to generation

What is the role of the village chief? This is a very important figure, as he is the person citizens turn to in order to resolve any conflicts that may arise on a day-to-day basis.  He is the first level of social organisation, the first representative of the government. His role is to maintain peace in the community. In addition, one of the main challenges is to preserve the traditional community values. The most interesting thing is that his surname, Sarr, reflects the name of the village: Sarène. 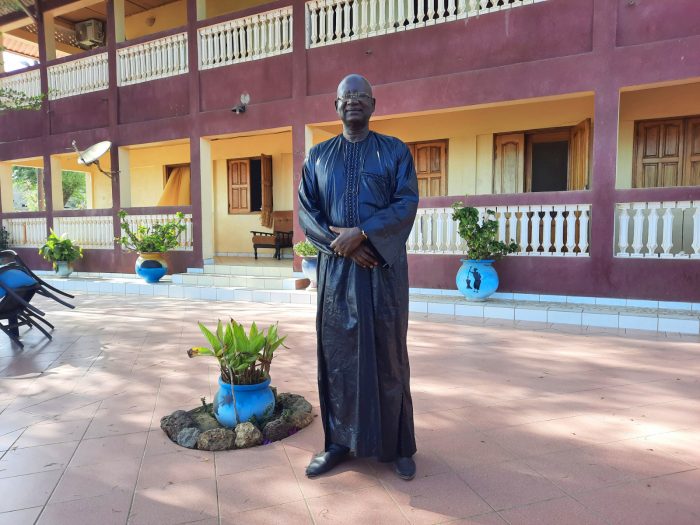 Alongside him, there is another very important figure, the griot. He is in charge of preserving the memories of the village. He is the one who tells the stories from the past and makes sure that the memories of the village and the Sarr family live on with the passage of time. Modou is very proud of his boss, for whom he has a deep admiration, and with whom he has a good rapport, but above all, respect.

Senegal: a new destination for the RIU chain

“The arrival of RIU is an opportunity to develop the village”

When we open a hotel in a new destination, it is very important to understand the environment and adapt to it. This has happened in Senegal. Chief Sarr played a very important role in the opening of the Riu Baobab. Advised by his griot, he felt it would be a good idea for us to be his future neighbours. For him, the arrival of RIU is positive news “Because it has slowed down emigration from the village”, and it has also been a development opportunity. Proof of this is that several locals are now working at the new hotel and others “have come back from Dakar where they went in search of job opportunities, and now they have been able to return home”.

Another of the reasons he highlighted was that the presence of RIU “is going to improve education, especially on the subject of plastic. Right now we are working with the hotel to clean up the beaches. This is a very positive thing for everyone.” The best thing for them is that “The village has made it’s name, it’s famous. Before nobody had heard about Pointe Saréne, now it’s well known in many countries”, he says proudly.

The two men played a key role in the early days of RIU’s operation in Senegal because they were able to recruit workers for the hotel and also to help RIU understand their culture and way of life, essential if RIU is to be a good neighbour.

Their main livelihood consists principally of fishing, but also livestock farming and agriculture. The fishermen sail in traditional Senegalese boats and use the techniques of their ancestors. RIU now buys 90% of the fish they catch to serve in the hotels. Chief Sarr is aware that the arrival of tourism will undoubtedly affect the way of life in the village, but it will also help to develop it and boost the economy. That is why he is at ease, RIU is bringing in the work and the visitors that will make business in the area flourish. They will look after the community, its values and traditions. 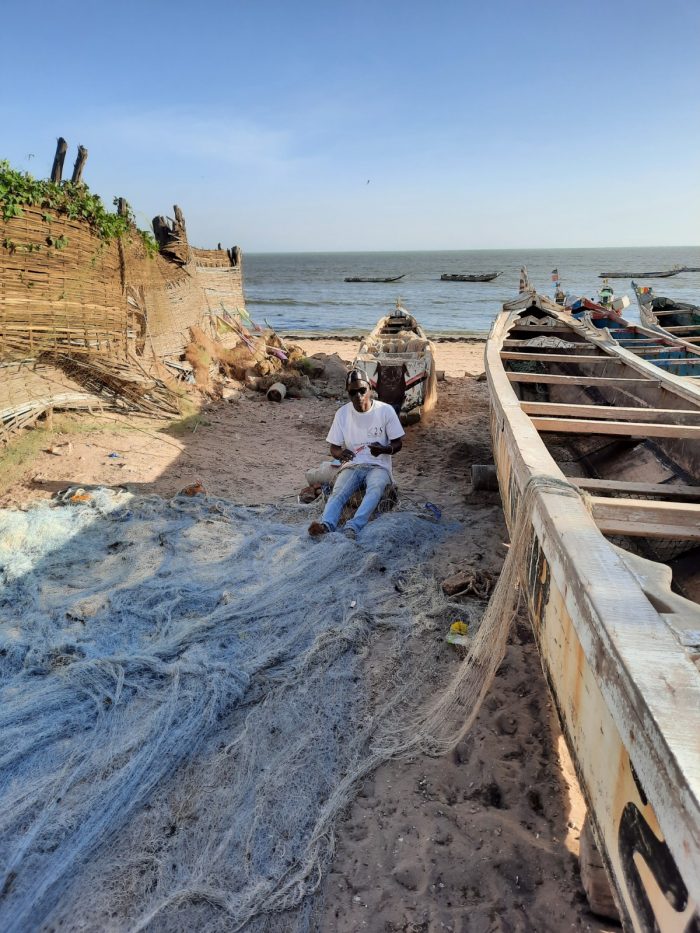 It was a pleasure for us to be able to witness what, in his own words, was the first interview with Chief Sarr.

If you come to Senegal with us, our best advice is to visit this small, charming village. Its friendly people will welcome you and you will discover the true essence of Senegal. The gratitude between RIU and this village is mutual because right from the start they welcomed us with open arms. Now that you know the story, it’s time for you to come and see first hand the wonders this land has to show you. We promise it will be the trip of a lifetime!

Share the post "Chief Michel Sarr: “I am glad RIU has located here because it has partly stopped the emigration from the area”"

Learn about the important role of RIU’s Mayoras in Mexico

Riu Get Together Parties hit Jamaica