Luis Riu: “Our Riu Party events are back and stronger than ever, with a few changes and plans to take them to more destinations”

date_range 16 May, 2022 question_answer Leave your thoughts 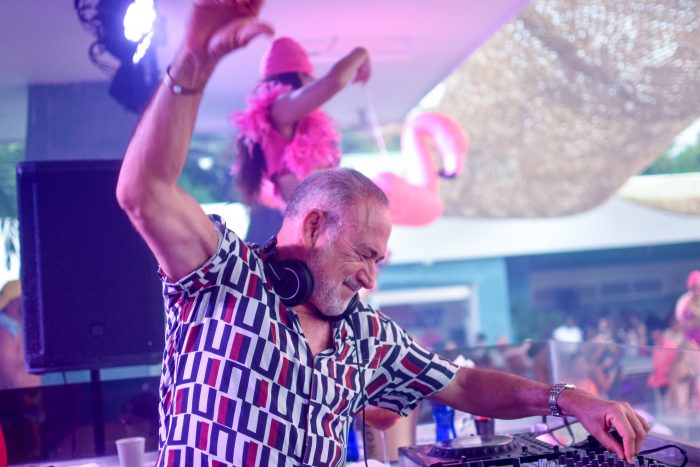 Luis Riu working as DJ in a Riu Party celebrated in the Punta Cana RIU hotels complex in 2022.

I’m really excited to write today’s article for many reasons: firstly, because I’m going to talk about our Riu Party events, one of my favourite projects that came about as a result of my love for music and my DJing hobby. And secondly, because I can finally announce not only that the Riu Parties are making a comeback after almost two years following the pandemic, but also that we are planning to take these events to more destinations. Let’s get started!

Riu Party events, hotel parties fit for the greatest clubs in the world

Our Riu Party events were working really well until we had to stop them. They had become a unique RIU service that was highly valued not only by people who visited the hotel specifically to enjoy these events, but also by guests who discovered this fun extra option when they arrived. Three years after the launch of Riu Party, these events continue to be a unique concept. These parties are high quality thanks to the specifically created venues, the set design, the DJs, the sound and special effects, and the entertainment and dancers. They’re the kind of parties that you only see in the world’s greatest clubs, with the advantage that they are in your hotel and are included in RIU’s all-inclusive service. 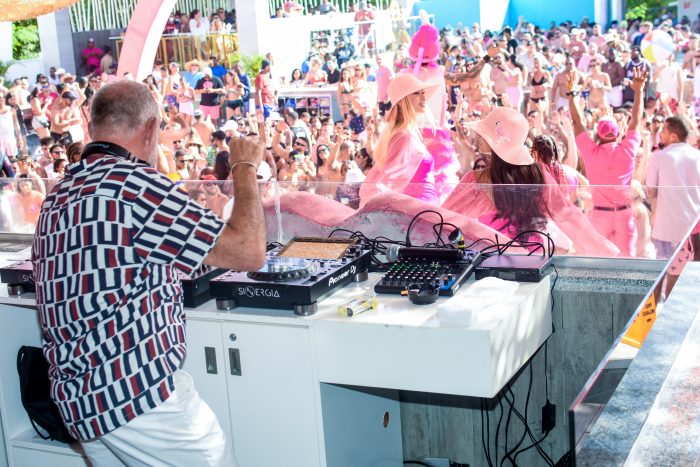 Luis Riu, the CEO of RIU Hotels, entertains the guests at the Riu Party with his music.

More than 2,500 in attendance to the comeback of Riu Party events in Punta Cana

They started up again in March and we thought that they would take a while to get going, but that was not the case. They are more successful than ever. We’re all raring to go out and have a good time. People are hungry for a party and we have definitely seen this in the massive number of Riu Party-goers, which is already back to the figures we were seeing two years ago. The numbers really are jaw-dropping.

A few weeks ago, I got behind the decks in Punta Cana to celebrate this comeback. I was at two sessions, the Pink Party during the day on Friday and the Neon Party on Saturday night, and almost 2,500 people went to each of them. The energy at these events is brutal. There is a great atmosphere but no massive crowds. Everyone there just wants to party, dance and have a good time.

The key to the Riu Party events success is that they get guests involved. The concept came about when we wanted to transform traditional hotel entertainment, and to do so the customer went from being a mere spectator to take on a central role. We have so much more fun when we can dance and get involved. It’s incredible how hundreds of arms come together for just a few seconds to do a simple dance routine. It’s a real privilege to be in the DJ booth when this happens because the atmosphere is incredibly special.

Riu Party events are back with a few changes. We have a new set design, new costumes and new dance routines. We have learnt from experience and have unified the events by taking what works best in each destination, and we have also got rid of all unnecessary elements. One good example is that we will no longer employ single-use plastics. We have got rid of gadgets like neon bracelets and rings because they generate a lot of unnecessary rubbish. We are also now using biodegradable balloons and more environmentally friendly and skin-safe chemicals to generate foam. 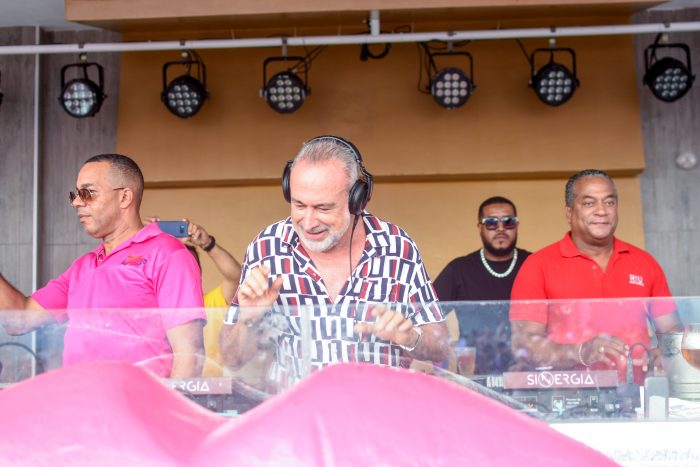 Luis Riu, CEO of RIU Hotels, at the DJ booth during the Riu Party events.

The Riu Pool Party and the Riu Get Together Party: two RIU hotels exclusive event concepts

The Riu Pool Party is up and running at a 100% in the Santa Fe Riu hotel, attended by guests from our three hotels in this destination, and in Punta Cana, bringing together customers from the complex’s five hotels and around 500 guests from the Riu Republica that attend each Riu Party on a free bus service.

Riu Get Together Party, an intergenerational event that will arrive at more hotels in 2022

The Riu Get Together events are held in the theatre or square of these hotels and are suitable for all ages. It’s great to see parents and their children, grandparents and their grandkids or groups of friends of all ages having the time of their lives. They are going very well and add so much value to the service we provide that we are already planning to take them to three more destinations:

All of these destinations are ideally located close to one, two, or even five other RIU hotels so they can act as a common venue for the Riu Get Together Party events. This is an important aspect as the success of these parties is heavily based on the large number of guests. You can’t get this atmosphere with just hundreds of people; the crowds have to reach the thousands. Of course, everyone comes and goes at different times and not all guests are there for the entire event from start to finish, but it’s really something when hundreds of arms are in the air and you see the audience is in the zone and the only thing on their mind is having fun.

In terms of figures, what started out as a test in Los Cabos is now available in five destinations, a number that will rise to eight in just a few months. When this happens, 28 RIU hotels will offer the Riu Party events. This means that 30% of the chain’s hotels, representing 40% of our total rooms, will include this exclusive service.

I’m sure it won’t end here. Famous DJs such as Juan Magan or Le Twins have already taken part. If you want to be the first to learn about the next events, follow Riu Party’s official Instagram account, @riuparty. Riu Party events have a promising future and we are sure that the figures, number of destinations offering this service and their popularity will continue to grow. As always, I’d like to end this article by thanking our team, in this case the Entertainment and Operations teams, for embracing this idea with such enthusiasm and successfully tackling this challenge on a practically daily basis. Party on!

Share the post "Luis Riu: “Our Riu Party events are back and stronger than ever, with a few changes and plans to take them to more destinations”"

Celebrate your wedding in paradise with RIU