Explore with us the history of the RIU chain

RIU Hotels & Resorts has a wonderful history. From the very beginning, it has been characterised by its outstanding personality. Why is this? Although today it has an extensive range of hotels all over the world, the chain started out as a small family hotel and has been managed by successive generations of the Riu family, which has put its personal stamp on the business.

RIU’s philosophy and style, as well as its service, date back to the origins of the chain. From the start, the goal has always been to meet the customer service standards still in place today. Are you interested in knowing about RIU’s first steps and where its values come from?

In order to understand the history of RIU, we have to travel into the past, specifically to the year 1953, when Juan Riu, founder and the first generation to manage the chain, acquired together with his wife, María Bertrán, and their son, Luis Riu Bertrán, the chain’s first hotel in Palma de Mallorca: Riu San Francisco.A small establishment with barely 80 beds, today it remains in operation and can be considered the foundational stone of the hotel chain. 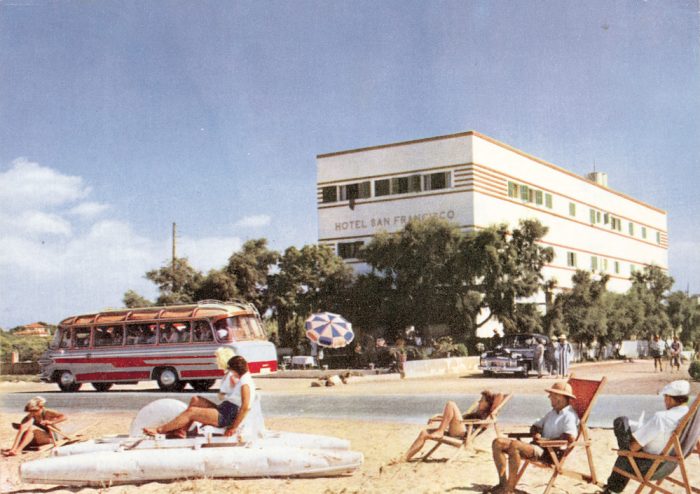 Hotel Riu San Francisco was the first establishment of the RIU chain.

A honeymoon that marked a before and after

Luis Riu Bertrán was a visionary. Already working with his father in the business, he realised that Mallorca could be an attractive vacation destination to offer in Germany. With that in mind, on his honeymoon with his wife Pilar Güell, he took a plane to Germany with the aim of selling rooms to tour operators. To their surprise, on the first day they sold everything they had to the agency Dr. Tigges, currently TUI, allowing them to enjoy the rest of their honeymoon. This “anecdote” is a key element of our history. It was not until1976 that Riu Hotels S.A. was established with TUI (Touristik Union International) for the building of new hotels. 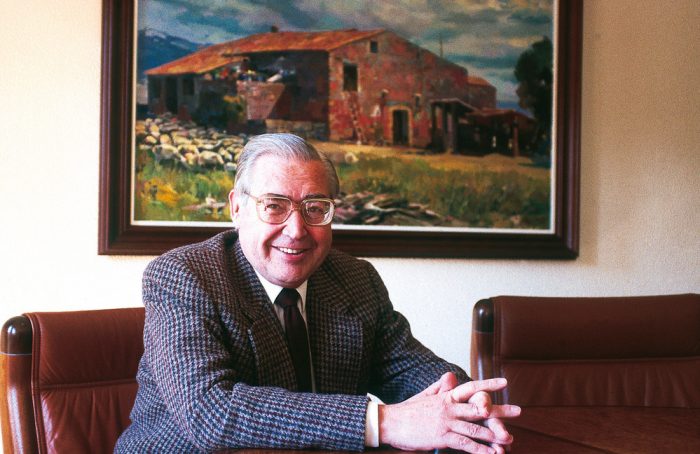 Luis Riu Bertrán was a great visionary, representing the second generation of the business.

The tourist boom that the Balearic Islands underwent in the 1960s did not go unnoticed by Luis Riu Bertrán. In fact, he played a central role in being the precursor of the first charter flights from Germany.At this time, it is important to note, RIU’s customer service philosophy began to take shape. Luis Riu Bertrán started carrying out the first customer surveys. For him, a satisfied guest always returns and their opinion is important in order to improve. As a result, a brilliant philosophy of service was born.

Regarding this generation, we can say the crucial factor was instinct and that Luis Riu Bertrán, along with his father, took the first steps in building the business. It was at this point when RIU’s key marketing elements and its long relationship with TUI emerged.

In 1991 the internationalisation that would prove so important to the third-generation management began with the opening of Riu Taino in Punta Cana.This was Riu’s first foray into America, where it now has more than 30 hotels.

The third generation of the family joins RIU

In 1998, after the death of Luis Riu Bertrán, his sons Carmen and Luis Riu took over as managing directors of the chain.In the 1990s and the first decade of the 2000s, RIU expanded its operations in countries such as Mexico, the Dominican Republic, Jamaica, Aruba, the Bahamas, Cabo Verde, Costa Rica, Marroco and Tunis. 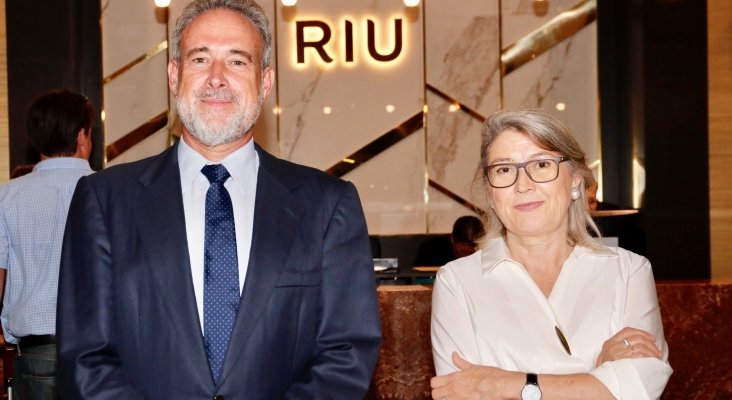 Carmen and Luis Riu are the third generation to manage the chain.

In addition to this massive international expansion, it is also important to note that after 56 years of specialising in vacation hotels, in 2010, RIU launched the urban brand Riu Plaza, offering a very different type of hotel in the centre of major cities. In September, it opened Riu Plaza Panama in Panama City, the first hotel of the Plaza brand.Currently, the chain has seven hotels of this range worldwide: Riu Plaza Guadalajara in Mexico, Riu Plaza Miami Beach and Riu Plaza New York Times Square in the United States, Riu Plaza Berlin in Germany and Riu Plaza The Gresham Dublin, in Ireland, in addition to the recently inaugurated Riu Plaza España.Also, three new ones are currently being built: in London and Toronto and a second one in New York.

RIU Hotels & Resorts continues growing with the passage of time, consolidating internationally. Today it has nearly 100 hotels in 20 countries. But most importantly, it has kept its customer service standards intact.Guest services and hospitality remain the chain’s signature qualities. The next generations will continue upholding these values. This is clear in the fourth generation of Rius, which is now devoted to the family business.

In conclusion, we must also note that all of this would not have been possible without the guests who come to visit us year after year, the ones who come back and consider us their home. Because we are a family chain by origin and in every sense of the word.

I’ll have the tuna and tomato!