Luis Riu: “I’m so excited about the opening of the Riu Baobab in Senegal because it is the first step of our adventure in West Africa.” 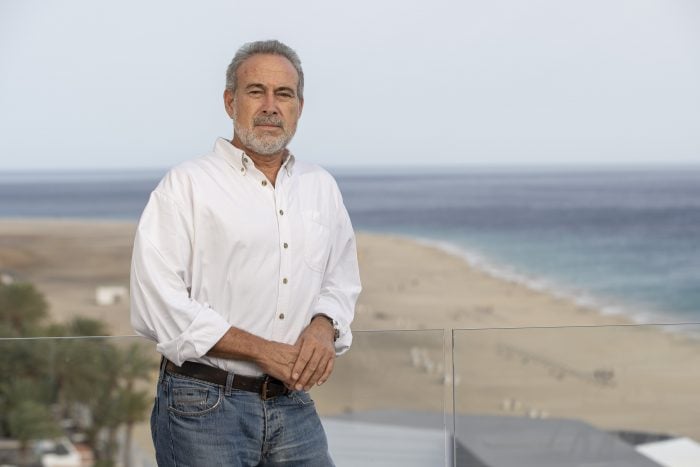 Luis Riu reflects on the journey up until the inauguration of the first Riu hotel in Senegal, Riu Baobab.

I always have a few preferred destinations on my radar, but I never rule out a good offer if it comes up in the right place at the right time. With just a few days to go before the opening, I couldn’t be happier with this mix of circumstances that have produced an excellent hotel unlike any other in our portfolio or in the area of Senegal, and we have really high hopes.

Riu Baobab, the beginning of RIU’s expansion in Senegal and West Africa

I was negotiating the purchase of a package of assets that included hotels and plots in Cape Verde, as well as a hotel and a plot in Senegal. I passed by the spot where the Riu Baobab now stands when I went to visit that hotel in Senegal, and I just knew that it was the right place. I looked into it a bit further and found out that it was also for sale. We’ve got on great with the owner Mr Loum right from the beginning and have built a relationship that goes much further than just purchasing a plot of land. He is a businessman who believes that the country’s future lies in tourism and he saw great potential in RIU’s project from the get-go. 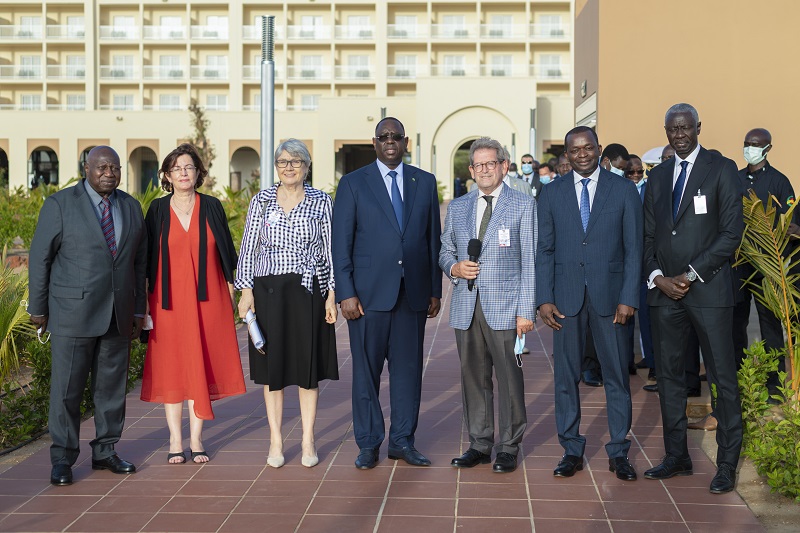 Members of the government, embassies and other official and social organizations attended the pre-inauguration event held on Monday, March 28. The event was presided over by His Excellency the President of the Republic of Senegal, Macky Sall, and the CEO of RIU Hotels & Resorts, Carmen Riu.

This is a very exciting adventure for RIU. It’s our first hotel in West Africa, and RIU’s highlight project in terms of new hotels to be built in 2022, and I think that it has great potential and a very promising future ahead. In fact, I’m not ruling out the possibility of further growth in Senegal and other nearby countries, even with city hotels. If the Riu Baobab works well, the next step would be to build a Riu Palace hotel in the adjacent plot, which we already own.

RIU, a pioneer hotel group in incorporating new destinations to its offering

When you visit the continent, you realise that it has an extraordinary magnetism, and RIU is a pioneering hotel group in undertaking new international destinations, and as evidence, my sister, Carmen Riu, and I have been recognized with the Hosteltur Award for Tourism Personality in 2021. When I saw all the amazing baobab trees en route to the hotel, I knew that it would be named after Senegal’s national tree. In fact, we applied for a licence to transplant 25 of these majestic trees to the hotel’s garden in honour of this national symbol. 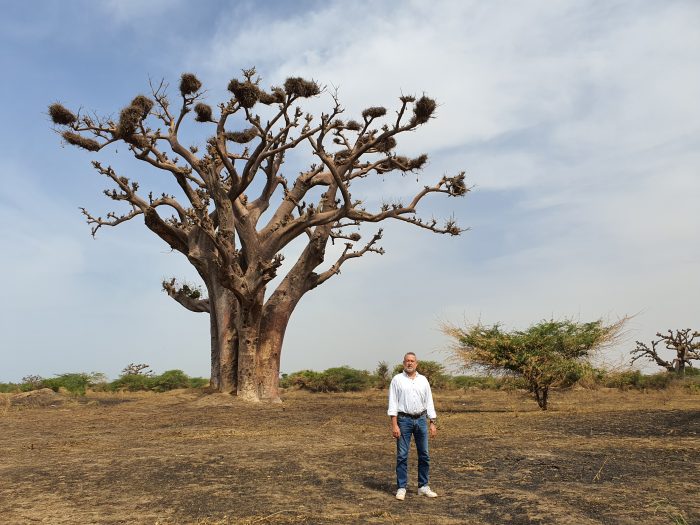 Good prospects for RIU in Senegal with European and local clients

I’m certain that our traditional customers will be very enthusiastic about this new hotel. In fact, at first our tour operator partners had planned to start operations in the winter, but now they are going to begin charter flights or blocked seats at the operator’s risk on scheduled flights from Belgium, Holland, Spain, the Czech Republic, Portugal, Luxembourg and Slovakia starting in summer. Charter flights from the United Kingdom and Germany will begin in winter.

Dakar is an amazing city that already has many scheduled flight connections, but RIU’s arrival will also bring the start of charter flights and we think that this will be highly beneficial for the destination. For the moment, this has allowed us to forecast an average occupancy rate of 70% by the end of 2022, which will gradually increase to around 90% by the end of 2024. A good customer mix in which the local market plays an important role will be fundamental.  That’s why we’ve added a convention centre to the hotel, with five rooms that are fully equipped with the latest technology. We hope that our hotel is the venue of choice for events and incentive trips held by local companies, as well as family celebrations.

RIU’s all-inclusive service will be a key aspect to meet the demands of both our European guests and local customers. The hotel will offer a comprehensive package of products that includes:

All in an amazing beachfront location just 100 kilometres from Dakar and 48 kilometres from the airport. No other hotel in the area can match its importance or the range of services on offer.

In many ways the project is similar to the opening of our first hotels in Cape Verde, and not just because of the relatively short distance between the two countries. At the time, we relied on employees from our hotels in the Canary Islands who were highly experienced and well versed in the RIU service philosophy. They ran the departments of the first hotels in Cape Verde to train and guide local employees.

Today, 17 years after the opening of the first hotel on the island of Sal, all of the bosses at our six hotels in the country are from Cape Verde. Félix Casado has selected 50 of these highly experienced professionals who want to develop their career, mostly from the Riu Karamboa and Riu Touareg, and they have already moved to Senegal to take on management and leadership positions in the new hotel. They will be in charge of training the rest of the team, which will include 500 people when the hotel is working at full power. 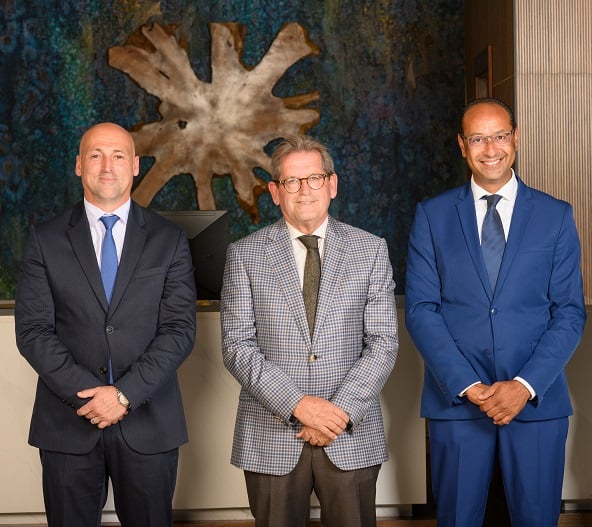 Antonio Fornés, regional delegate ; Félix Casado, managing director of RIU; and Mohamed Naoui manager of the Riu Baobab. They have been with RIU for many years and have been involved in this adventure since its beginnings. They have seen the construction progress, have worked to build the team and are now on the threshold of the inauguration that kicks off the RIU adventure in Senegal. 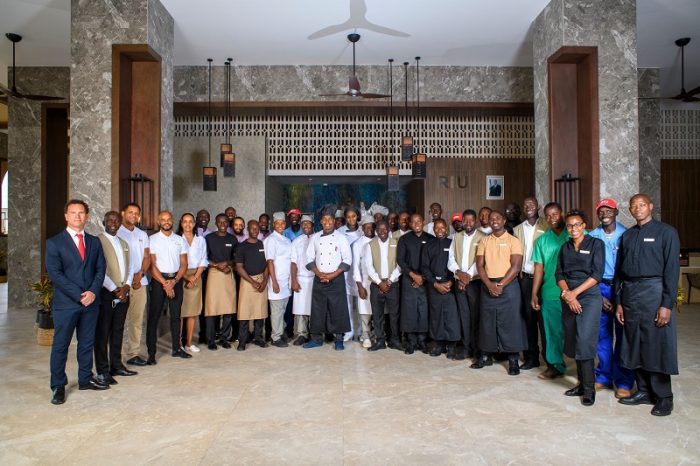 Up to 50 employees from hotels in Cape Verde have opted to take on positions of greater responsibility at the Senegal hotel to train new team members and ensure that RIU’s service philosophy is maintained.

Hiring employees is a delicate and lengthy process. We have spent two years getting to know the area and schools, making visits and spreading the word. We always say that staff define the customer experience, and this is so true. It’s so important to find people with the talent, character and commitment to service that’s needed to work in our hotels, people with an open mindset that are keen to learn RIU’s ways of doing things and grow within the company. We are very lucky to have Ramatoulaye Mbacke as head of Human Resources there, and she has played a very important role in this process as a local professional who is well acquainted with the situation in the country. 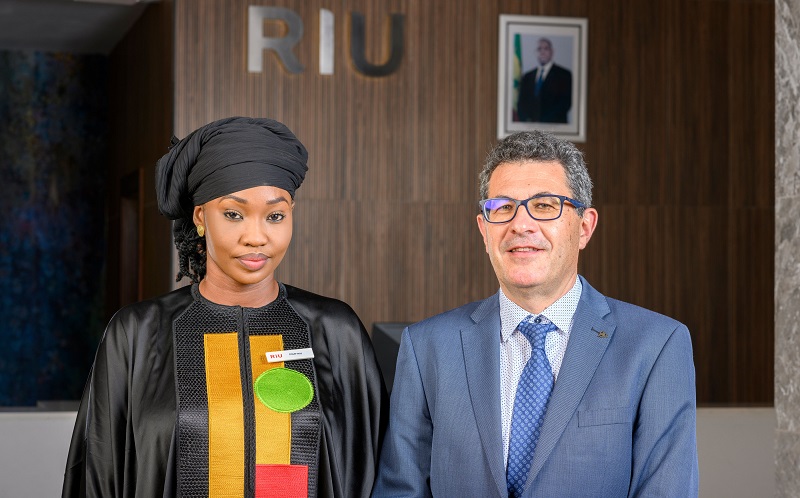 Ignacio Rubio, regional HR director, and Ramatoulaye Mbacke, head of Human Resources in Senegal, responsable for selecting the staff for the opening of the new Riu Baobab.

Another essential factor in providing a good service is finding suppliers, which is also a long and complex process. When you arrive in a new destination, there are all kinds of surprises waiting for you. Until you start operating, you have no idea how things are going to turn out. It’s an unavoidable adjustment process that we have to go through in every country and each situation is different. The international circumstances are highly complex right now due to raw material shortages and price increases in goods and transport costs; yet another difficulty on top of the challenges that the Purchasing team has had to overcome.

All of our providers in Senegal are local. Obviously some products are imported, but always through our Senegalese partners. The country offers a wide range of local products, such as fish, meat, milk, eggs or fruit and vegetables during the rainy season. The beer and textiles at the hotel are also locally produced, including staff uniforms.

We bought the plot in May 2019 and work started on 7 January 2020. Despite the pandemic, we have managed to get everything ready for the inauguration on 8 April 2022. It has been an amazing journey that began two and a half years ago and is about to come to an end after having overcome a whole host of challenges.

Senegal’s tourism sector is making a strong comeback after the pandemic thanks to support from the authorities, local industry and projects like ours, which we hope will be a source of prosperity and growth in a 2022 that looks promising for RIU. We will put all our expertise and all our efforts into our work.

Share the post "Luis Riu: “I’m so excited about the opening of the Riu Baobab in Senegal because it is the first step of our adventure in West Africa.”"

Where can you go on holiday in April with RIU?