Luis Riu takes us through the history of the Riu Plaza project, RIU’s line of urban hotels

With the opening of the Riu Plaza España hotel, a new milestone in the history of the RIU chain has been reached and for the Riu Plaza line of urban hotels. This has led me to reflect over the last few days on the first steps we took almost a decade ago to launch our own line of city hotels.

After having stayed true to our roots for over 50 years, focusing fully on beach hotels, I am certain that when we announced our first project, the Riu Plaza Panama, it was a surprise to friends and strangers alike.*** More than ten years have now passed and we currently have ten hotels in some of the most important cities in the world. We have opened seven already and three more are underway. Therefore I think it will be worthwhile to go over the important milestones of this really important line of hotels in the RIU Hotels chain.

Panama City: the ideal location from which to launch RIU’s urban hotels project

In mid-2007 I had planned to visit Playa Blanca on Panama’s Pacific coast. We were going there to take a look at the piece of land which would eventually become the Riu Playa Blanca hotel in 2014. The hotel was not built until 2014 because our first RIU urban hotel became our main focus. It was really difficult to find an available room in Panama City and the prices were so high that I realised that we had found the perfect location for launching our RIU Hotels’ urban project. 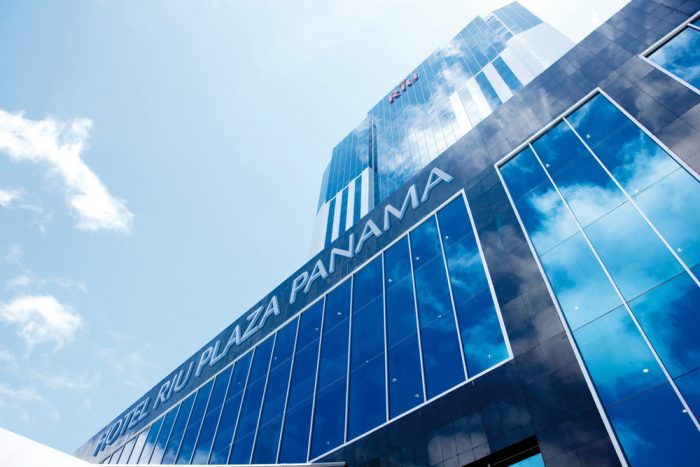 Almost all the major Spanish chains already had an urban line of hotels. Naturally, from time to time we came across opportunities to do the same but we had always remained loyal to our holiday hotels format. Some members of the team were really enthusiastic about venturing into the city, but it wasn’t until I saw the reality on the ground in Panama that I truly felt that the moment had finally arrived.

Luis Riu: “We had to face new challenges with our first urban hotel in Panama”

I found a plot of land on Calle 50 in the city’s financial district and all the teams set to work on bringing the project to life. This time we not only had to decide what the building would look like and how we would design its interior, we also had to face challenges unlike any we had seen before: 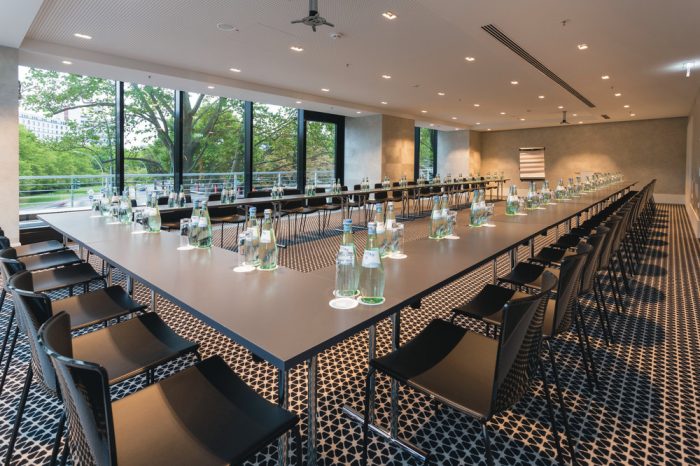 The hallmarks of the Riu Plaza line, according to Luis Riu

There are certain decisions we always take right from the start and others we have made over the course of the years. Some of the hallmarks of our Riu Plaza hotels are the following:

We always look for cities which, apart from being major capitals with dynamic business, institutional and financial activity, are also tourist destinations.

Panama is the hub for the north and the south of the continent, famous for its Canal and as a very popular shopping destination in the region. Needless to say, New York is also a pivotal location, possibly the most famous destination in the world. It is probably the city our clients most hope to visit once in their lives.

Although the same is true of Dublin, Miami and Madrid. These cities offer a wide range of cultural and recreational options which draw millions of tourists every year.

Guadalajara in Mexico and Berlin are also major cities and fulfil these same requirements, although choosing these locations was also for more sentimental reasons: 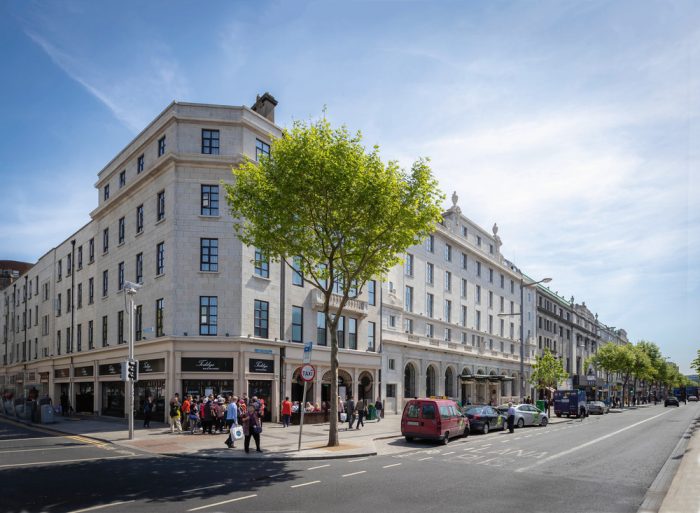 Front of the Riu Plaza The Gresham in Dublin.

On reading this, one might come to the erroneous conclusion that the location is the same thing as the destination. However, a hotel’s location is absolutelycrucial in a city. It must be easily accessible, well-connected by airport and close to the city’s main tourist attractions.

We want to open a hotel in London, but not just any location will do. Until I was able to acquire a building a minute’s walk from Victoria Station, we decided to hold off on opening a hotel in the city.

We knew we wanted to open a hotel in New York but not just anywhere. Therefore, I decided to carry out an exercise I have done many times before. I took Times Square as my central point of reference and I would walk from the land or building on foot to the square. Until we came across an opportunity on 46th street at 8th Avenue I did not consider that the location was good enough to launch one of the largest construction works I have ever directed at RIU; the same applies to the second hotel currently under construction, which is equally close to the square. 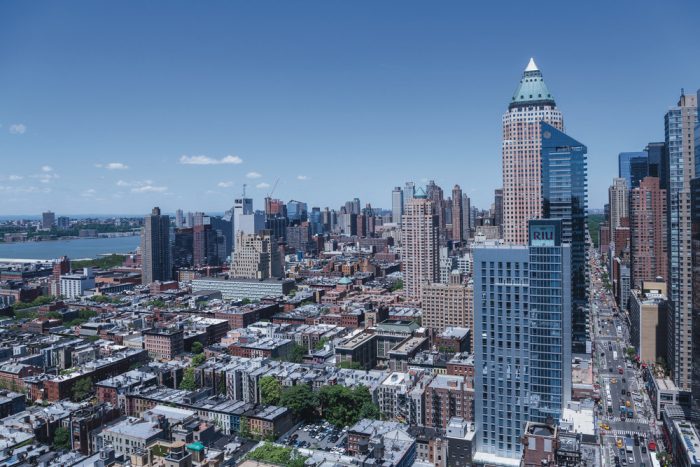 Photograph of the facade of the Riu Plaza New York Times Square Hotel.

RIU Hotels has never been a boutique hotel chain. We have clearly defined our market segment and in order to be able to offer our service at the price we do, the hotels have to be a certain size, both for our holiday hotels and our urban hotels.

Since we strongly lean towards hotels of upwards of 500 rooms at beach locations, for RIU Plaza hotels, in order to even begin to evaluate the project’s feasibility, they need to have 250 rooms. The size is directly related to the repayment periods. We know that city hotels are larger than holiday hotels, but in order to be right for RIU, they need to have between 250 and 500 rooms.

For example, we have been searching in various European capitals such as Paris or Amsterdam, but we have not yet found hotels in the right location that are the right size for us. 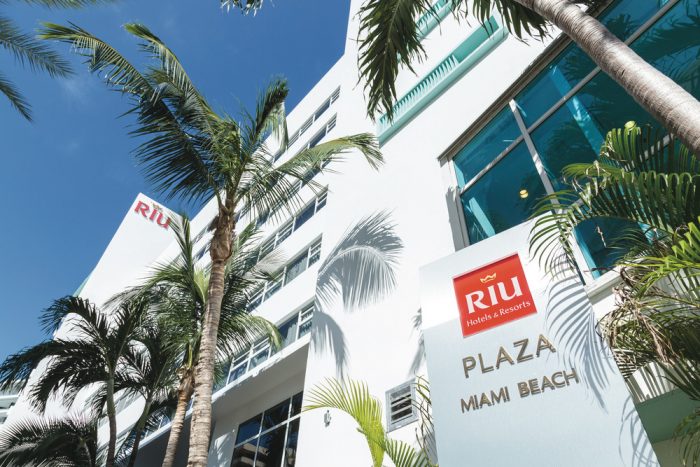 I have spoken at length about our strategy for growth, but defining the Riu Plaza product itself is equally as important. All our urban hotels are 4-star and we have always wanted the service which has distinguished RIU from its competitors over the years to be available in the city hotels too. Our employees offer the same smile, courtesy, warmth and service we are known for in both our city and beach hotels. In fact, most of the management team as well as the heads of department and section at our new Riu Plaza España hail from RIU hotels in Gran Canaria. 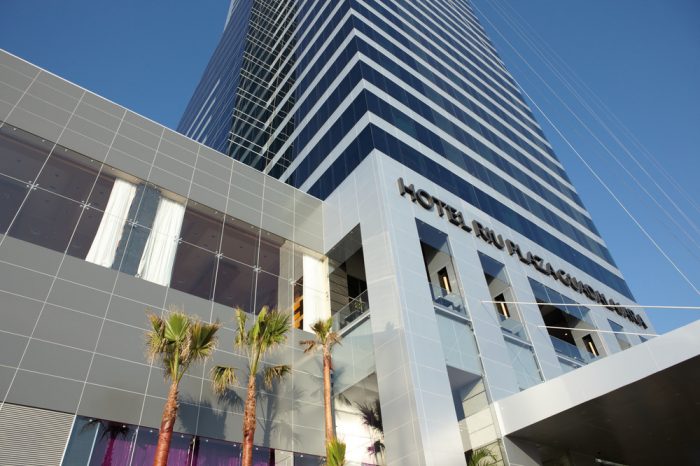 Main entrance to the Riu Plaza Guadalajara in Mexico.

In addition to wanting to avoid the impersonal nature that seems to characterise some urban hotels, there are other things we have adapted over time. Today, each hotel has its own character and has a more vacational or business clients and events focus, depending on its location, although they all share a common philosophy.

Where is Riu Plaza heading? This is the future challenge for Luis Riu

I have said it on many occasions and I will say it again. RIU continues to be an eminently vacational chain of hotels. We are going to continue expanding our urban line by opening one every year or two, but we will always continue to expand our holiday hotels at a higher rate. In terms of the number of hotels we currently have, 90% are holiday hotels and 10% are Riu Plaza hotels. This could reach an 80/20 ratio in the future, but no higher.

And where are you heading, geographically speaking?

Luis Riu, in a historic photo with the team that kicked off the Riu Plaza New York Times Square.

There are certain destinations where we would love to launch hotels and places I would be particularly enthusiastic about, such as San Francisco. However, when the opportunity arises, we need to be fully ready in order to make sure others don’t get there first. At the moment we are focusing on the opening of our second hotel in New York, a Toronto hotel and one in London.

Three major projects in three major cities which will be a fantastic addition to the Riu Plaza project as well as a huge boost to the knowledge and prestige of the RIU brand, as is the case with the fantastic Riu Plaza España hotel in Madrid, our flagship project of 2019.

Share the post "Luis Riu takes us through the history of the Riu Plaza project, RIU’s line of urban hotels"