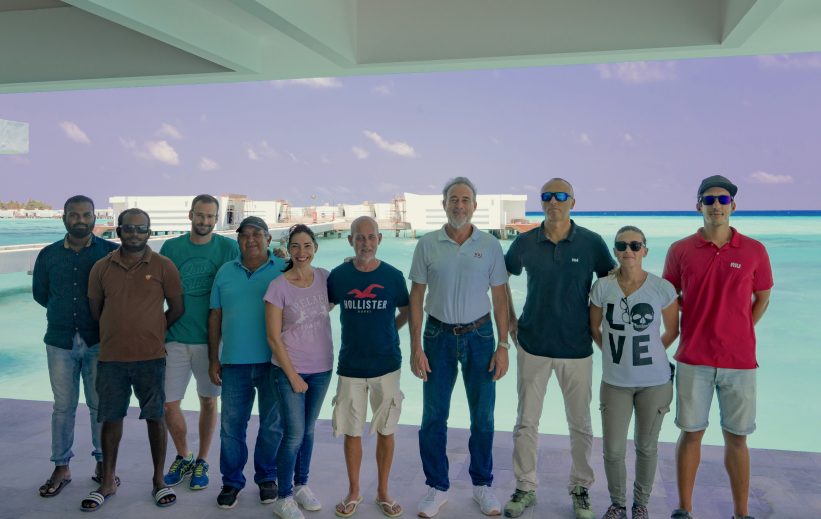 The days fly by and once again it’s time to for me to catch up with you. I am just back from the Maldives where I was supervising the progress of our project there. It seemed to me the ideal opportunity to share an anecdote about our new destination that comes on line this summer.

The Maldives: a recurrent dream for Luis Riu over the years

It was seven years ago that we started looking for an opportunity to open a RIU hotel in the Maldives. Our Director for Expansion was given this responsibility and our network of contacts was put on the alert, but the months went by and it seemed there was no way of taking the idea forward. We just couldn’t find what we were looking for. 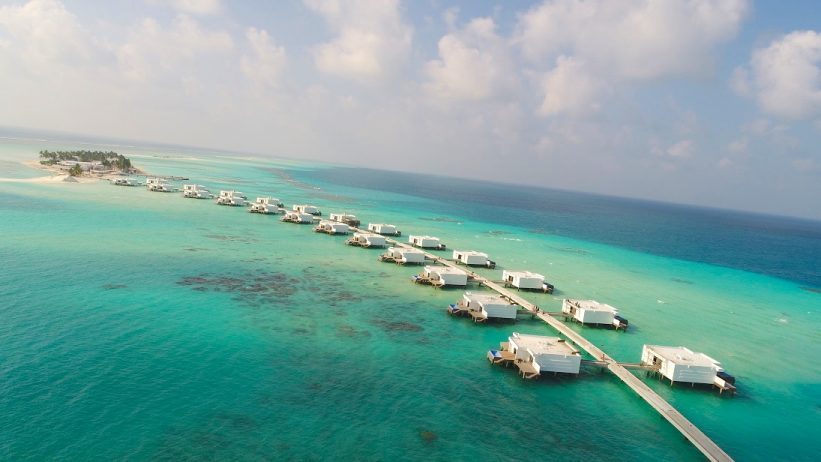 From my perspective, I obviously have to weigh up the numbers when it comes to committing to a new destination. We studied the statistics, the forecasts, the feedback from our partners in the potential source markets… and yet instinct plays a very important place in choosing the right location. I believe that this is a feeling we all share. When you are looking for a house, there comes a day where you go into one and you think: “this is it”. It’s part gut feeling and part instinct. Maybe it’s smaller than ideal, maybe it’s a bit above budget, but you have felt the wow factor that dictates your decision. 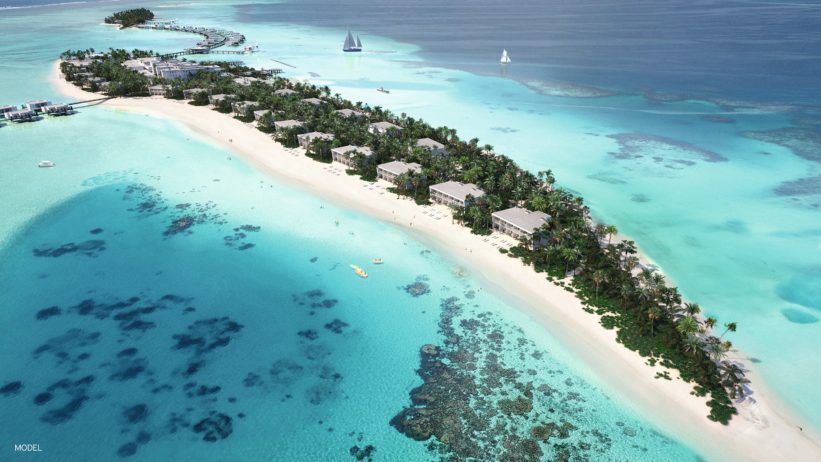 Riu Atoll hotel facilities on the Maafushi islet in Maldivas.

Summer holidays in the Maldives with a surprise thrown in

In June 2014, I got home one day and suggested to my wife Isabel that we should go on holiday to the Maldives. She couldn’t believe it. A real holiday at last! In a destination where there are no RIU hotels, with time to get away from it all, enjoy enchanting islands in a spectacular hotel overlooking the turquoise waters…

I was delighted with her enthusiasm, little jumps of joy included, but I also had a slightly guilty conscience knowing that it wasn’t 100% true. Although, for my own good, I kept that aspect well hidden.

It wasn’t until we got there that I announced that we needed to spend one day of the holiday -just one, promise- hopping over to Dhaalu Atoll to see the islands of Maafushi and Kedhigandu as someone had told me of an investment opportunity there. 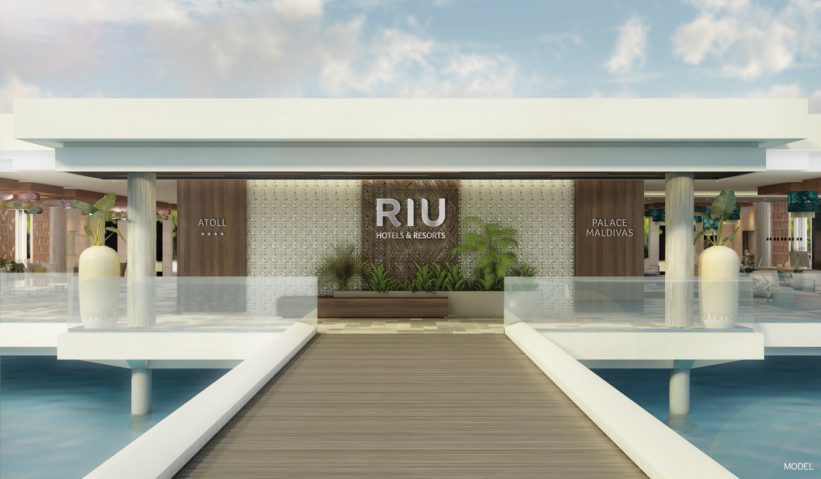 Luis Riu and his wife make an amazing discovery

On the chosen day we took a seaplane, flew over the islands, and needed no more to convince us that we had found the ideal spot for our first RIU hotels on the archipelago. Both Isabel and I felt that determining sensation that means you have found what you were looking for.

We landed to explore the islets which is how Isabel took part, literally, in the first steps of this project, becoming part of the expansion team by giving me her immediate approval even though it had cost a day of her holiday. 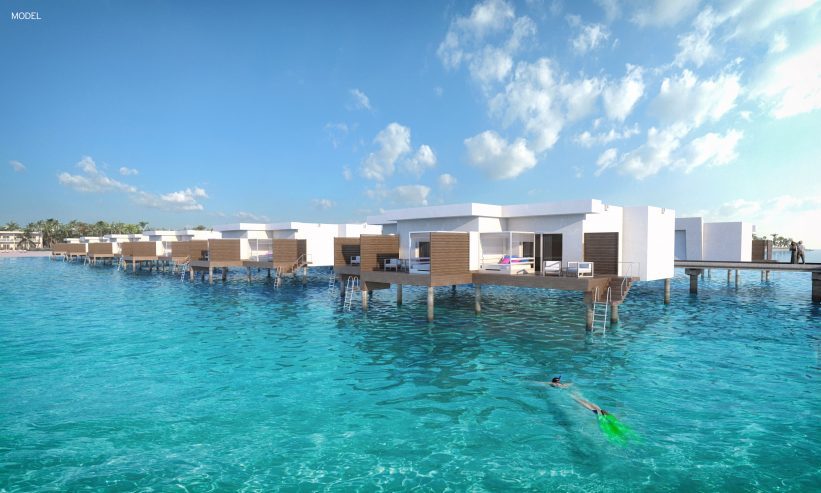 Riu Atoll hotel future suite rooms design which were built on the water of the Indian Ocean in Maldives.

Two new RIU hotels in the Maldives, ready for summer 2019

I very much like to be guided by my instincts in business and, fortunately, up until now it has served me well. I am very excited about how the work is progressing, because the dream of opening our first hotels in the Maldives is getting ever closer. After coming back from my trip I can confirm you that the two hotels will open on May 17 of this year:

See you this summer in the Maldives!