The opening event for the Riu Palace Palmeras hotel

A few days ago we proudly presented our new Riu Palace Palmeras hotel which now forms part of our Riu Palace category of hotels following a 22 million euro investment and a complete renovation. This is not merely another hotel opening, or just another renovation, because although all the RIU hotels are important to the chain, this one is particularly dear to our hearts since it was the first hotel we launched onto the Spanish market.

It marked a huge turning point for us from a local chain to a national one.

Until that point, the chain was only operating on the island of Mallorca and in 1985 we landed in Gran Canaria, with the Riu Palmeras hotel in the Playa del Inglés. This marked an important step in our subsequent decision-making and in terms of our international expansion, which took place only five years later. This is why we can confidently state that this establishment is not only an iconic hotel but has marked a before and after for the chain. It deserves a very special mention!

So much so that on 2 October this year we held an opening event for the newly refurbished hotel which was attended by Luis García, regional representative for Southern Gran Canaria; Águeda Borges, RIU general counsel in the Canary Islands; Félix Casado, executive vice president and head of the Atlantic Area; Maurice Damen, commercial director for the Canary Islands and Madeira; and Lidia de la Nuez, manager of the Hotel Riu Palace Palmeras together with the island’s main media outlets.

The words of Félix Casado made the moment extremely special since he has witnessed everything that has happened over the years to this hotel. As he himself pointed out with emotion “the opening of the Riu Palmeras marked a before and after for the company”. He also fondly recalled how he arrived on the island “as the manager of Riu Palmeras” and that for him “it is a source of great pride to present this renovation today which has raised the category of the hotel and made it dazzle once again like it did 30 years ago”. 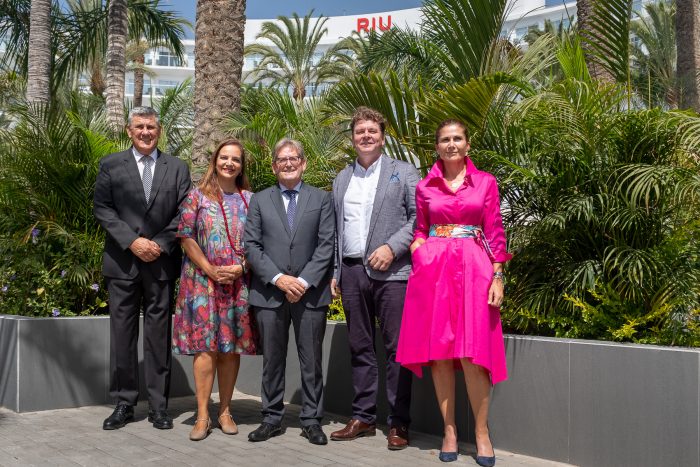 Attendees were taken on a tour of the establishment to show them the most striking rooms and areas of the hotel, together with an explanation in each of them. Afterwards, a sumptuous meal was provided against the backdrop of the new theatre. Those in attendance could enjoy three food stations offering a wide variety of seafood, meat, cold meats and cheeses.

The most striking developments to the Riu Palace Palmeras hotel

This hotel which started out with half board now offers guests the 24h All Inclusive service for which the chain is famous. The range of foods available has also been expanded with the hotel now housing the fusion food restaurant Krystal and the snack bar Pepe’s Food.

The remaining rooms have also undergone major changes. Although the emblematic semi-circular building has been preserved, the older bungalows have been removed and replaced with 40 new rooms next to the gardens. The hotel now has 274 rooms which offer a more sophisticated feel thanks to wooden furniture combined with the decor’s bluish tones. 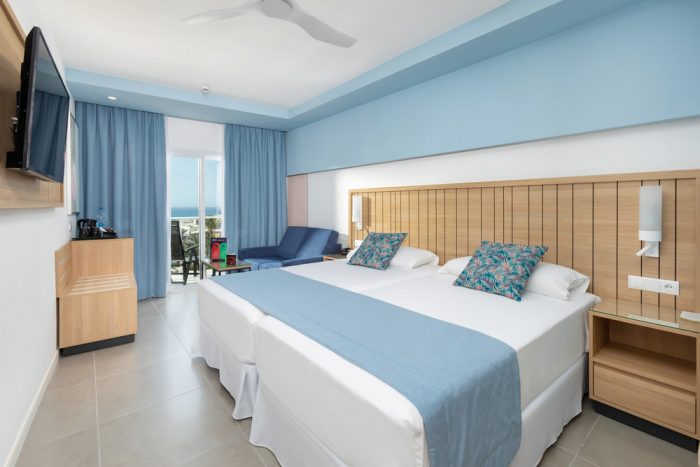 With this refurbishment RIU sought to really spoil this hotel that has brought so much joy to the chain. As Félix Casado stated, we hope it continues to dazzle for many more years, along with the smiles on the faces of our guests who choose to spend their holidays here. The refurbished Riu Palace Palmeras is looking forward to welcoming you!