Yeray Zurita, director of the Riu Palace Santa Maria: “This hotel with its 1,001 rooms is going to be the largest Riu Palace in the world”

Today we are featuring Yeray Zurita, director of the new RIU hotel on Isla de Sal, Cape Verde: Riu Palace Santa Maria. This young director is the best possible spokesperson for the chain’s new project because he is thoroughly familiar with both the RIU philosophy, due to his long experience with us, and the destination, where he has been working since 2010. 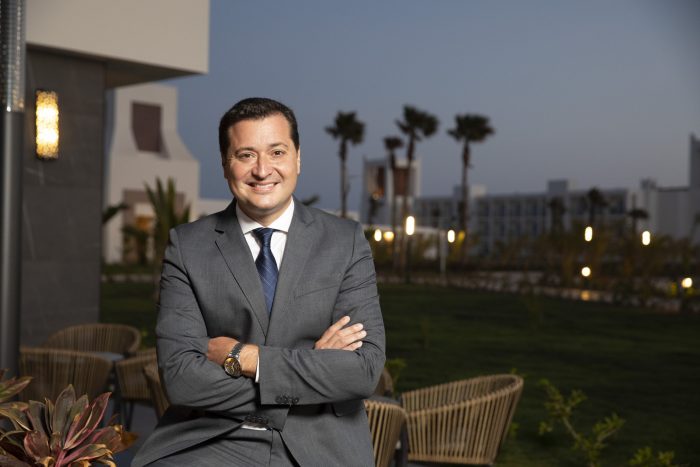 Yeray started at RIU in 2007, in his native Canary Islands, where he was the assistant manager of 8 hotels. Three years later he began his career in Africa as assistant manager at the Riu Funana hotel, RIU’s first hotel in Cape Verde, which opened on Isla de Sal in 2005. Four years after his arrival in the country, in 2014, he became director of the Riu Touareg, in Boavista. Now he is at the helm of RIU’s major project for 2021: the Riu Palace Santa Maria. 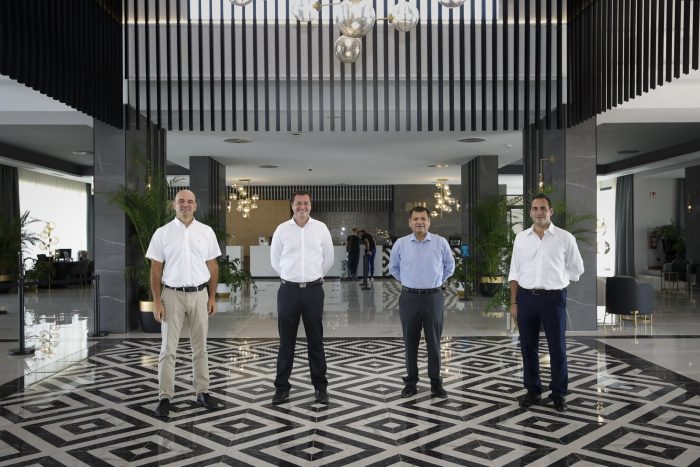 1) You have been in Cape Verde for a long time now, what have you learnt from this destination?

Most of all, this destination has given me experience in the sector. Over the years I have worked in all the chain’s hotels in this country, taking part in the openings of Riu Touareg, Riu Cabo Verde, Riu Palace Boavista, and now, Riu Palace Santa Maria. The decision to come to Cape Verde has certainly helped me to grow both professionally and personally.

2) It must be exciting to open after so many months, what was your impression of this opening?

It is no secret that we are living through a period of uncertainty, but after so many months without tourists, both the hotel staff and I are very excited to welcome the first guests. And what better way to do this than in the new Riu Palace Santa Maria which is sure to fascinate them. We are used to having high occupancy all year round and we look forward to seeing our hotels come alive again and our guests enjoying themselves in them.

3) What does the opening of the Riu Palace Santa Maria mean for the chain?

Opening a new hotel is always a challenge and even more so in the current climate. The construction work has been a lifeline for the island, for months when everything else was closed, the work continued at a good pace, providing relief for the local economy. This new hotel in the Riu Palace category will double the number of beds we have in Sal and there are high expectations of us. The demands will be high. As well as this hotel, a hotel complex has been created on Isla de Sal, which will share several common areas together with the Riu Funana and Riu Cabo Verde.

4) What sets this hotel apart from the rest?

With 1,001 rooms it will be the largest Riu Palace in the world, able to accommodate almost 2,300 guests. We be offering a top gastronomic experience and RIU’s best service. We will have four themed restaurants (Italian, Japanese, Steakhouse and Krystal) and two pool bars. And with the opening of the Riu Palace Santa Maria, a hotel complex will be created alongside the Riu Funana and Riu Cabo Verde. A new feature is the Splash Water World water park, the largest on the island, where children and adults from the three hotels in the complex will be able to enjoy amazing modern facilities.

5) Tell us what this hotel complex is going to consist of.

It will cater for all tastes, we are like an onshore cruise ship docked right in front of a stunning golden sandy beach. Being on holiday means escaping from your problems and, without a doubt, a complex like this has everything you could possibly need to find the ideal place to spend each moment of your day. The wide array of restaurants, bars, swimming pools and facilities allows people to plan their day à la carte to suit their different preferences. In a single space, future clients of the complex will be able to choose the hotel that best suits their needs, although, for the time being, the Riu Palace Santa Maria will be the option for everyone until we resume normal activity.

6) Why travel to Cape Verde?

There are so many reasons to travel to this wonderful place, but the main one is that Cape Verde is a destination for those who love the beach, the sea, diving and the good weather that we enjoy all year round. For tourists in search of the beach and relaxation, Cape Verde is the ideal destination.

7) What is a perfect day in Cape Verde like?

Whenever you are on holiday and in this paradise you can’t help but have a perfect day. For those new to Isla de Sal, I recommend starting the day in the small harbour of Santa Maria, watching the fishermen unload their daily catch. You can then head to the north of the island where you will find the Salinas de Pedra de Lume, a former 18th century salt mine converted into a wellness centre with thermal waters, located inside a volcanic crater. Later, why not head for the island’s main port of Palmeira, with its picturesque streets and relaxed atmosphere, and visit the natural beauty spot “Buracona” and the “Olho Azul“. Here you can see how the sea’s relentless force over the years has carved out a passageway in the rock, forming a natural swimming pool. After dark, you can return to Santa Maria, enjoy the local nightlife, and listen to the lively Cape Verdean music, like the Funana. This route is absolutely awe inspiring and will totally immerses any guest in the beauty of this magical destination.

8) What is the best time of year to travel to Cape Verde?

That’s the best thing about Cape Verde. No particular time of the year is better than any other, as they are all good. But our guests will not only enjoy the good climate – there are also the crystal clear waters of the beaches and the Morabeza, the Cape Verdean character that is characterised by the hospitality and friendliness so typical of its inhabitants. Anyone who comes to visit us will fall in love not only with the landscape but also with the culture and the people.

9) As a family, with a partner or with friends?

This destination, and in particular the Riu Palace Santa Maria, is ideal for everyone: for honeymooners with romantic walks on the beach, for families with children who can enjoy the special entertainment activities and RiuLand and, of course, for friends, both for what’s on offer inside the hotel and the lively nightlife of Santa Maria, the small town very close to the hotel. It is the ideal hotel for everyone who wants a perfect holiday!

10) And to those loyal customers who already love the destination, what would you tell them about the new project?

For our regular guests, of which there are many, I recommend that you visit the Riu Palace Santa Maria to experience first-hand the perfect combination of the RIU luxury All Inclusive 24h service and the friendliness of the Cape Verdean people, adding an extra touch to your experience with us.

11) Finally, give us a sentence that will encourage customers who have not yet visited the destination to come here.

Cape Verde is the perfect year-round holiday destination. The great climate, the deserted beaches, the volcanic mountains and the friendliness of the Cape Verdean people are more than enough reasons to come and discover this beautiful country.s.

As Yeray himself has said, this new complex is like a cruise ship and we can think of no better captain to take the helm than him. We are sure that your experience at this destination and at RIU, in addition to the great team that will be looking after you, will make the new Riu Palace Santa Maria a fantastic hotel in which to spend your holidays.

Share the post "Yeray Zurita, director of the Riu Palace Santa Maria: “This hotel with its 1,001 rooms is going to be the largest Riu Palace in the world”"

This is how the new RIU CSR website works!