Luis Riu: ‘The year 2021 is not looking easy, but we have some major projects that are bringing us motivation and hope’ 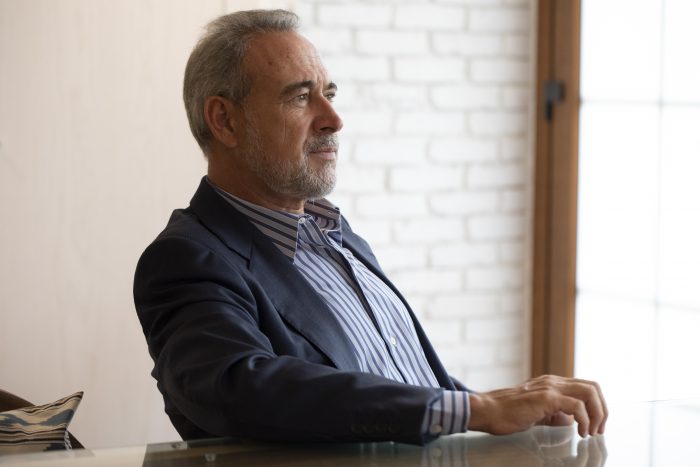 Since we launched this section of the blog, I’ve always dedicated the first post of the year to looking back on the year that has just ended and giving a preview of what we can look forward to this year. I never imagined that the content of this post in 2021 would be what it is. The crisis caused by COVID-19 has been going on for many months, but it is so profound that there is still a certain surreal feeling around it. On the other hand, the virus has made us get used to many things; for example, it is strange for me to look at images like the one in this post, taken before the pandemic, where my staff and I appear without a face mask.

Today we have 50 hotels open in 14 countries. The others are either closed for the season, or waiting for the situation to improve, especially in their customers’ countries of origin. But at RIU our middle name is action, so we actually ended 2020 by opening the hotel Riu Dubai, and we are kick-starting 2021 by opening the Riu Palace Santa Maria on Sal Island in Cape Verde. These are two major changes for the company and they offer motivation and hope to all of us who are part of RIU.

2020 has been a hard year for the tourism industry, also for RIU

It is no secret that 2020 is the hardest year I have ever known in the tourist industry. In figures, for RIU, it resulted in a 60% drop in gross sales, which totalled 826 million euros in 2020. For years we kept beating our records for the number of guests who had stayed at our hotels, touching the 5 million mark in 2019. This year, we welcomed 2.3 million guests. Meanwhile, the number of hotels has increased to 100, as have the numbers of rooms and beds, which are over 49,000 and 98,500 respectively.

As vaccination gradually progresses in many countries around us, we are still operating in around 50 hotels and applying safety protocols that have produced excellent results. In addition, we are committed to ensuring we can continue with the major projects that were already planned. 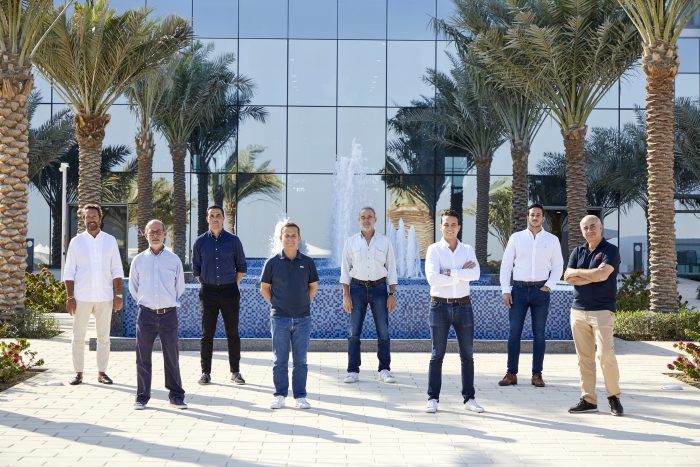 Luis Riu alongside his team during a visit before the opening of the new RIU hotel in Dubai.

This is the case with the hotel Riu Dubai, which was planned as the chain’s star project in 2020 for many reasons: the first in the Middle East; the first in Dubai, which is a major tourist destination in the Emirates and a strategic hub in the region where we are gradually increasing our presence; as well as being hotel number 100. And indeed it was the star of the company on 10 December, the day of its official opening. That helped us close the year by achieving all those milestones, and also with a positive effect on the RIU team who are so used to challenges, travel and action.

Riu Palace Santa Maria, a ray of hope to face 2021

We are now hitting a new milestone, by opening the hotel Riu Palace Santa Maria. It is situated on the island of Sal in Cape Verde, it has 1,001 rooms and its launch is an important event because the archipelago stopped receiving international tourists when the pandemic was declared, and has been closed all this time.

The hope is that this opening will lead a return to action, bring back our staff and drive economic reactivation, opening up a real chance of business, at least in the short term. 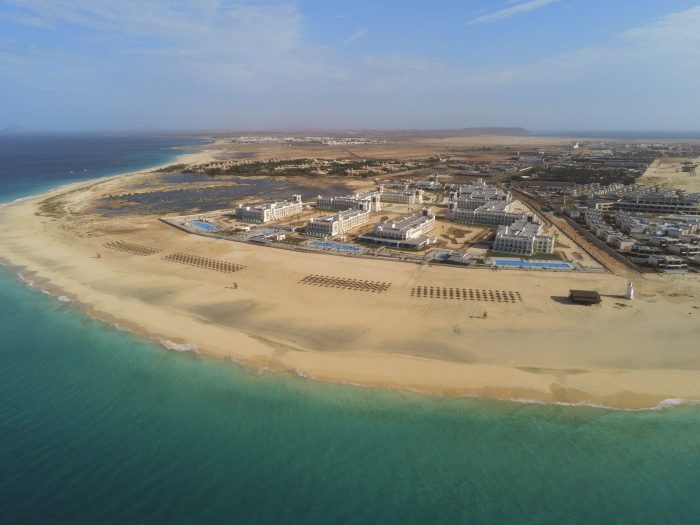 A step further to promote tourism in Cape Verde

The new hotel is splendid, sitting on the edge of the island’s paradise beach. It is next to Riu Cape Verde and Riu Funana, and their communal areas feature a Splash Water Park, a RiuLand with slides, and huge spaces for the three hotels’ guests to enjoy together.

Cape Verde is a very important destination for RIU thanks to its contribution to our income statement, but also because of the special affection we have for its people and for those projects that started from zero and that we have watched grow with parental pride.

Other projects the RIU chain has planned for 2021

In addition to this opening, assuming we can continue with our plans for the rest of the year, we will open another two hotels: 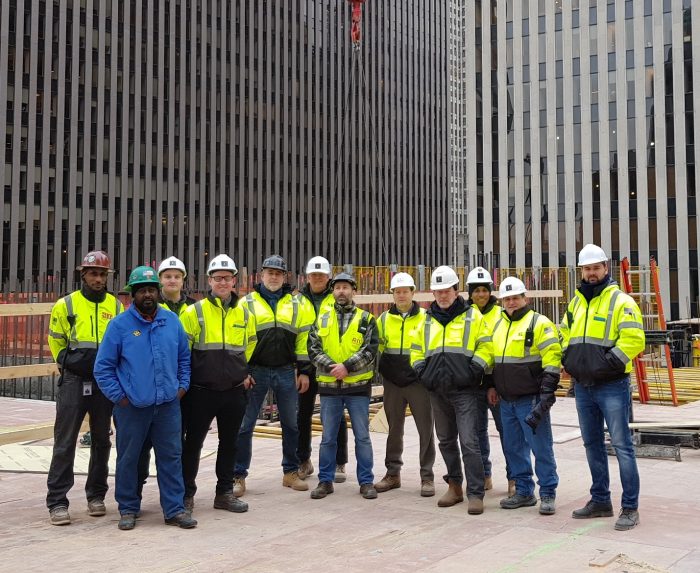 Luis Riu and his team in front of the refurbishing works for the future Riu Plaza Manhattan Times Square, which will open in 2021 in New York. 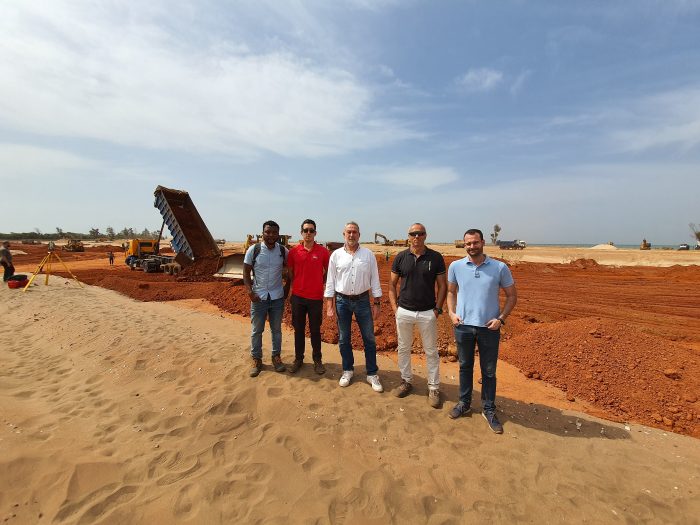 Luis Riu and his team during the construction works of the new Riu Baobab Hotel in Senegal.

It is true that the crisis has slowed these projects down, but it is also true that, looking to the long term, it would be more costly to stop and restart some projects than to keep them going, albeit at a slower pace. Such is the case with New York, but also Toronto and London, two hotels in construction that are gradually working through the stages to become a foreseeable reality in 2023.

In recent years, we have had a long list of major renovation projects planned in several countries. For 2021 we are planning to renovate Riu Palace Maspalomas, a hotel full of significance for the chain as it was the first Riu Palace when it opened in 1989, and it was a great source of pride for my father Luis Riu Bertrán.

Safety and sustainability, key points for the future of tourism after COVID-19

We are also involved in diverse projects, always geared towards restarting activity and improving the sector. This is what we have done since the start of the crisis, leading the development of safety protocols and then sharing them with other companies and institutions, as well as the Pilot Plan for tourism in the Balearic Islands. Many months on, we are now in several working groups which discuss the sector’s future, beyond the immediate impact of this crisis.

In this way, together with large companies, but also a multitude of SMEs and other bodies, we have taken part in presenting a declaration of principal ideas that we hope will give rise to strategic projects that will attract European funding. These future projects must aim to create more sustainable destinations that are better supported by the latest technology, as well as being balanced and respectful, with a view to the tourism of the future. In the short term, they will have a revitalising effect, as the entire social fabric is needed to carry them forward, especially the small businesses that form the core of this complementary offer.

Acknowledgements to the entire RIU family

It will soon be one year since the crisis exploded into our lives. In the early months, we still hoped that it would not follow us into 2021. Now we know we still have a long way to go. For that reason, once again I want to thank all the RIU workers for their hard work. This includes those who have not been able to work due to the closure of their hotels, and those who have worked, sometimes even harder, despite those closures.

I also want to thank our suppliers who have stayed by our side throughout such difficult times, understanding the circumstances and adapting to the decisions we have had to make. And finally, to complete the list of the people who matter to the company, I want to thank all our customers who have been waiting for our hotels to open, and who have accepted the changes and cancellations with great patience. Many heartfelt thanks, to all of you. Let’s keep looking forward, because without doubt, recovery lies in the near future.

Share the post "Luis Riu: ‘The year 2021 is not looking easy, but we have some major projects that are bringing us motivation and hope’"