Riu Pool Party, the concept that enthuses thousands of guests every week and that originated in Luis Riu’s passion for music 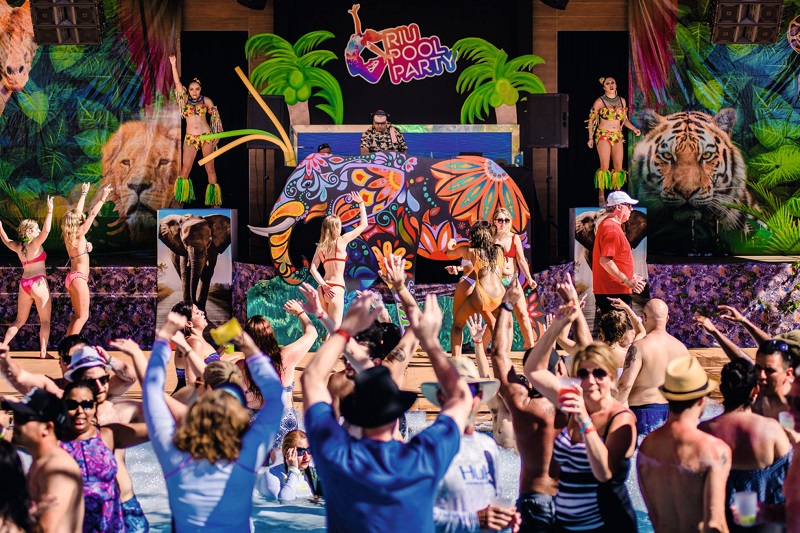 What could we offer our hotel guests to ensure they could participate actively in enjoying themselves? To get them involved as actors in our entertainment programmes rather than mere spectators? As a response to these questions the Riu Pool Party was born, an entirely new concept that includes the facilities, staging, music and entertainment required to enable our hotels to provide high quality parties that had previously only been possible for the most famous nightclubs to put on.

Less than a year has passed since we launched them and I am very happy with the way they are running in Los Cabos and Punta Cana. Guests of all ages come together at the Riu Pool Party to enjoy themselves in a way some have not experienced for years and that others possibly never have. 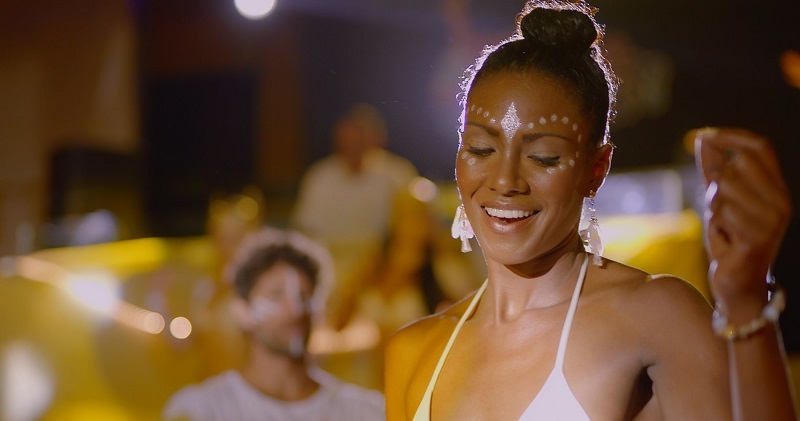 One of the passions of Luis Riu, the source of an added value offering for customers

I have always loved music. From the many different varieties over the ages, there is a time and a place for each of them. To enjoy myself with friends, however, I especially like disco and nightclub music. In fact, my favourite hobby is enjoying the get-togethers at which I get to take control as the DJ, and it is from this passion that the Riu Pool Party emerged. We wanted to go one step further with the entertainment offering in our hotels and provide an event which makes our guests the protagonists. This is an essential element for creating an atmosphere and for the event itself, as it has been shown that people’s enjoyment increases if they feel they are actively involved. 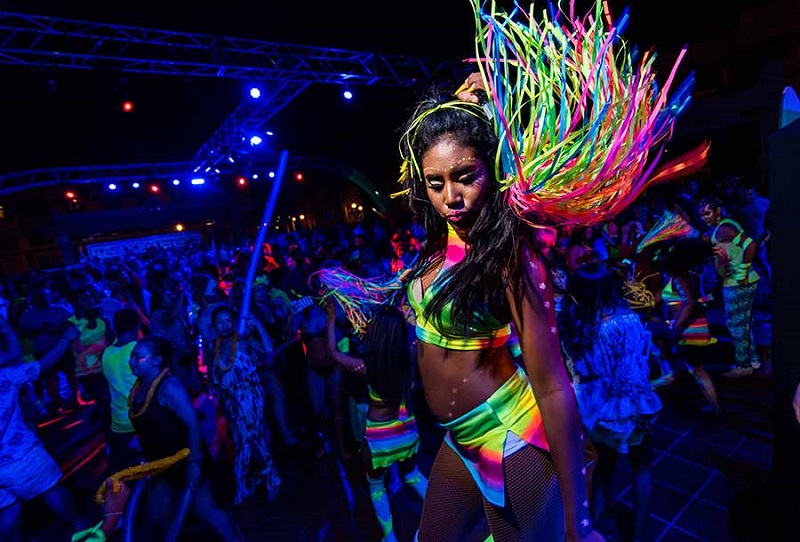 To achieve this, we designed a space specifically customised to hold these parties with:

The area is fenced in to control access and the capacity and we have established a programme and schedules for afternoons and evening/night-times, designed to cover those moments when guests staying in the hotel are looking for ‘bit of action’ beyond just lounging around the pool. And if we were to go down that route, then why not go for it big-time with go-go dancers, balloons, fancy dress, make-up, foam and great music? 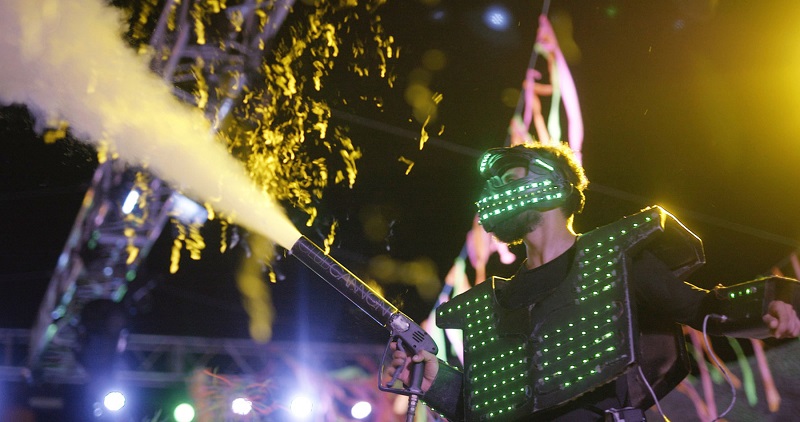 Where is the Riu Pool Party currently held?

The Hotel Riu Santa Fe, in Los Cabos, on the Mexican peninsular of Baja California, was the first property to launch the Riu Pool Party concept. I took advantage of the construction of the Riu Palace Baja California and the expansion of the Riu Santa Fe to improve the offer for children with a new RiuLand Kiddies’ club and the Splash water park as well as bringing to fruition the idea of having the Riu Pool Party in a destination. 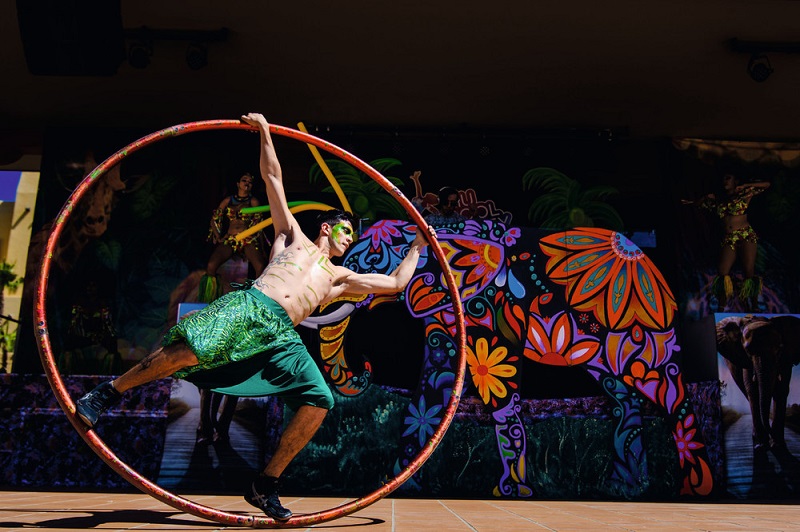 The result has exceeded our expectations. The clientele we welcome in Los Cabos, especially from the East Coast of the United States, Canada and Mexico itself, has embraced the concept and take advantage of it various times during their stay. At every party you can see anything from groups of friends on a stag or hen party, joking around and partying hard, through to couples in their 50s and 60s having the best time they’ve had in decades, dancing away to the major hits of the 70s and 80s along with classic disco music.

The RIU Complex of Punta Cana

Los Cabos was the baptism of fire following on from Punta Cana. There we have a complex of five hotels where we have been working on a wholesale refurbishment, one after the other, for seven years.

This time taking advantage of the renovation of the Riu Palace Punta Cana, we chose a site close to the Riu Bambu for the convenience of all the guests accommodated in the complex. We replicated the concept with the required facilities and equipment and from the end of last year we have been seeing how our customers bring the same intensity and fantastic atmosphere to the party as they do in Los Cabos. 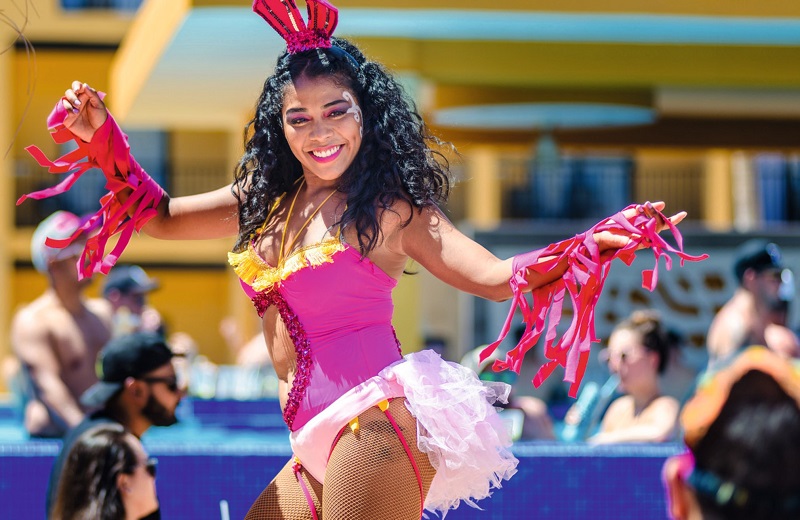 To what extent is this concept created by Luis Riu going to evolve?

Thanks to this success we are already thinking about the next destinations in which we could offer the Riu Pool Party and we have drawn up a list for its development. There are, however, some places where it is not possible to create the new infrastructure, which involves constructing a pool, stage, etc. That is why we are looking for hotels with large open spaces and settings that could serve to bring together guests from various different at the parties.

We went through the baptism of fire at the Riu Tequila de Playa del Carmen and the success was overwhelming. Every week the parties succeed in attracting huge numbers of our guests from the six hotels we have in Playacar. They have all the spectacle, music, entertainment and atmosphere of the Riu Pool Party, but they are held in the hotel’s open air theatre. 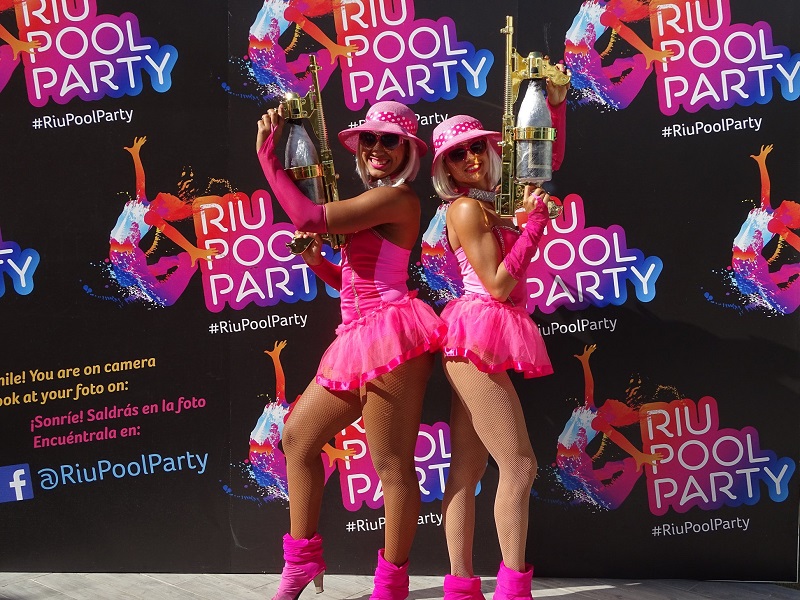 These parties have ended up being branded as the ‘Riu Get Together Party’ and customers will soon be able to enjoy them when staying at:

What have we achieved with the Riu Pool Party?

The best of all is that behind these parties there are a number of benefits of great value to our customers and to our brand name. We have created events at no extra cost for our customers by providing high quality entertainment through which:

The Riu Pool Party page on Facebook already has hundreds of photos posted on it and more than 23.500 followers achieved in barely a couple of weeks. 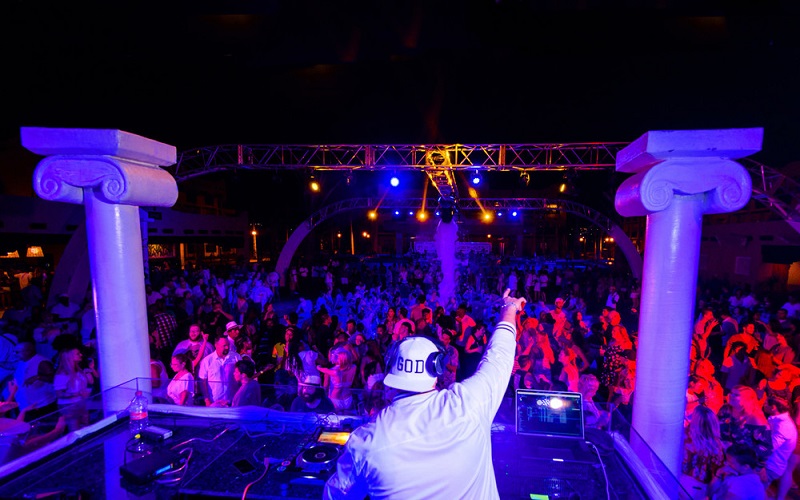 I would like to send a personal thank you to the amazing Operations and Entertainment teams for their commitment and their ability to implement this initiative so successfully. Your professionalism, speed and flexibility have been key factors in defining the concept we have today.

According to the RIU Hotels philosophy, the customer is the undisputed king and seeing how much they enjoy the Riu Pool Parties and Riu Get Together Parties transmits a pleasure that only inspires us to want to offer even more. And that is going to be our way forward!

Share the post "Riu Pool Party, the concept that enthuses thousands of guests every week and that originated in Luis Riu’s passion for music"

Where are you going this Easter with RIU?

The opening of our hotels in the Maldives is getting ever closer!