Our hotels are located in unique destinations that each year attract millions of people eager to see paradisiacal beaches, authentic natural landscapes or historical monuments. Some of these destinations have a special attraction, something that sets them apart. So much so that many production companies end up choosing them as the ideal shooting locations. Today we’d like to tell you about some of the destinations that have appeared on the silver screen: here are our movie destinations!

As one of the cities with the most metropolitan ambiance and the setting of thousands of stories, New York has been the location for many productions over the course of movie history, making it a movie destination par excellence. Who doesn’t remember the giant gorilla King Kong rising up over the Empire State, or good old Robert De Niro ‘patrolling’ the slums of New York in ‘Taxi Driver’? These movies shot in New York have come to occupy a prominent place in movie industry. Like ‘Manhattan’, directed by and starring the charismatic Woody Allen, or ‘Breakfast at Tiffany’s’, released in 1961 and the winner of two Oscars. 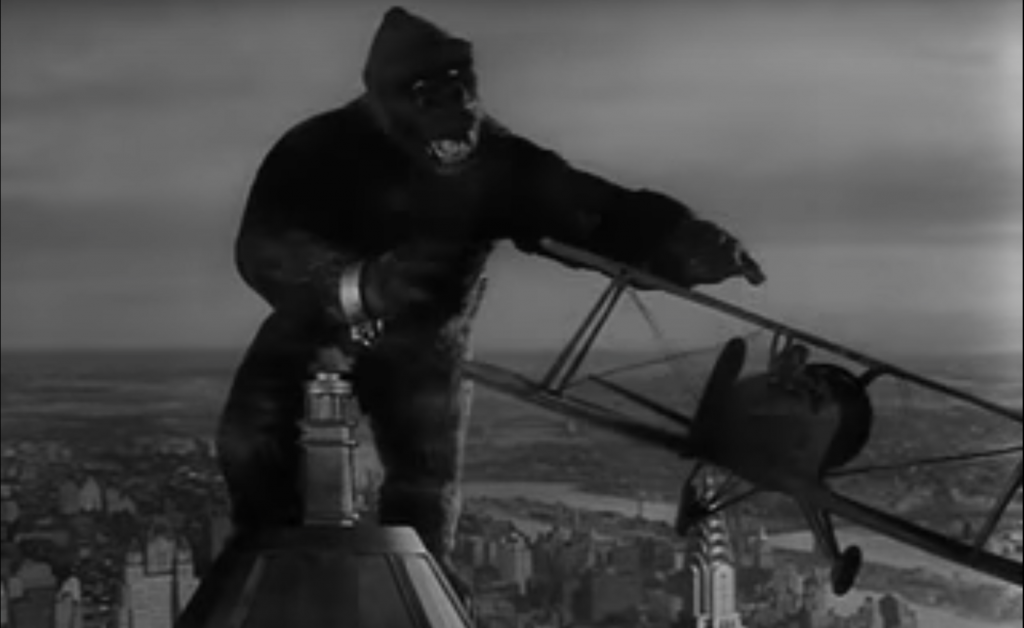 Can you imagine waking up in the Hotel Riu Plaza New York and seeing a gorilla of extraordinary dimensions climbing up the skyscrapers of the city?

With an unparalleled climate and landscapes that are as unique as they are different from one another, the Canary Islands has served as an all-purpose location in all types of films. ‘Broken Embraces’, directed by Almodóvar and starring Penélope Cruz, was set in Lanzarote almost ten years ago. A more recent one is ‘Palm Trees in the Snow’ (2015), the adaptation of the novel by Luz Gabás shot in Gran Canaria.

And it’s not just Spanish films that have been shot in the Canary Islands. It’s impossible to forget ‘Clash of the Titans’, shot in London and various locations in Wales, which also has several scenes that were filmed on different islands of the archipelago. The Teide National Park (Tenerife), the Dunes of Maspalomas (Gran Canaria) and the Timanfaya National Park were the backdrops for the battle against Hades led by Perseus, son of Zeus (played by Liam Neeson). They are, without a doubt, movie destinations.

Luckily, none of our 17 hotels in the Canary Islands was affected… even though some of our hotels in Gran Canaria are located on Playa de Maspalomas!

The fight of Maximus Decimus Meridius to avenge the murder of his wife and son and defend the true Emperor Marcus Aurelius thrilled all of us the first time we saw ‘Gladiator’. Russell Crowe played the lead in a movie in which scenes like the trek across the desert, the sequence with the slaves and the scene that shows the gladiatorial training school owned by Proximus were filmed in Morocco.

Had we been there at the time, from our hotels in Marrakesh we would have given a thumbs up to sparing the life of the man who goes by the name of Gladiator in the film.

These are some of our movie destinations, but surely you know of others… do you know of any movie that was filmed in a RIU destination? For the time being, we invite you to come and discover the ones we’ve told you about in this post. Book with us now and feel like a movie star for a day as you walk around places where Woody Allen, Robert De Niro or Russell Crowe have worked. We’re waiting for you!

Discover one of the gems of Jamaica: Montego Bay